Several government hospitals in Tamil Nadu are under the grip of an acute shortage of medicines affecting the services. 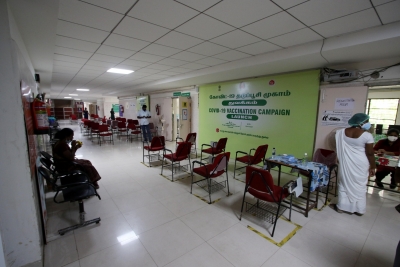 Share
Chennai: Several government hospitals in Tamil Nadu are under the grip of an acute shortage of medicines affecting the services.

Sources in the state health department told IANS that the Tamil Nadu Medical Service Corporation (TNMSC) not getting adequate medicines, especially antibiotics, was raised with the state health minister, Ma Subramanian in a recent meeting the minister had with the hospital deans.

The TNMSC, which is the nodal agency for the procurement of drugs, provides a no objection certificate for hospitals to make local purchases. Doctors told IANS that the medicines in shortage are mostly essential drugs.

Doctors said that the drugs that are mostly in shortage are, Ciprofloxacin, Furosemide, Omeprazole, Clopidogrel and Cefotaxime. Antibiotics and IV fluids are also in short supply in the hospitals in Tamil Nadu and this is creating major difficulties in the functioning of the hospitals including Medical college hospitals.

Injections including Paracetamol, Diclofenac, Cefotaxime, Ceftriaxone and IV Infusion fluids are in acute shortage in the state.

A Doctor in Madurai government medical college hospital while speaking to IANS said, ” Generally issues in drug supply come up in February but is solved by March end at the most but now it is already August and still we are running short of medicines creating very difficult situations in the functioning of the hospitals in the government sector.”

He also said that there is a constant deficit of one drug or the other and a huge shortage of antibiotics. The doctor also said that the shortage is mostly due to the variable prices of medicines after Covid -19 and this has led to the delay in the floating of tenders.”

P. Saminathan, President of Service Doctors and Post Graduate doctors association while told IANS: “Post Covid -19, the number of people taking treatment from Government hospitals has increased, resulting in increased drug consumption. However, the government has not increased the drug allotment proportionately.”