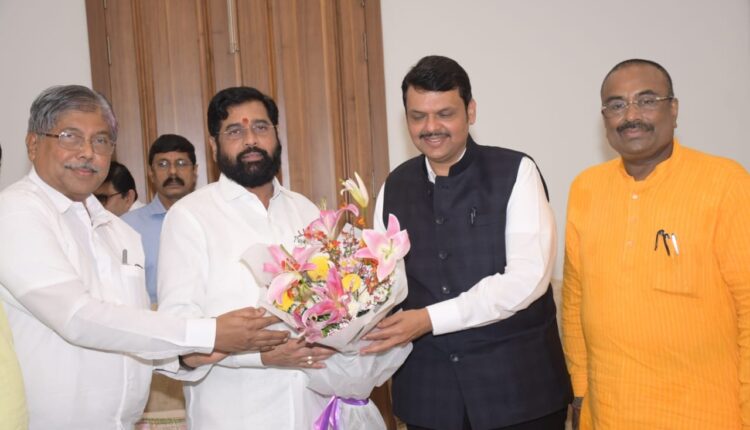 Fadnavis made the announcement at a joint press conference after he and Shinde met Governor Bhagat Singh Koshyari, ahead of the swearing-in slated for later in the evening.

“Eknath Shinde to be the Maharashtra Chief Minister, oath ceremony to be held at 7.30pm today,” said Fadnavis during the press meet.

After the swearing-in ceremony today, we will have a cabinet expansion and Shiv Sena and BJP leaders will take the oath. I will stay out of the government, Fadnavis added.

“We have submitted a list to the Governor of all the BJP MLAs, the group led by Shindeji, 16 Independents and others, with more joining us soon,” said Fadnavis.