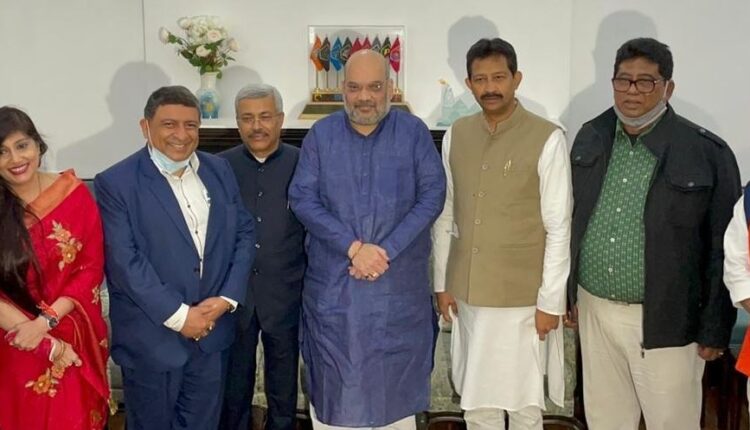 New Delhi: Home Minister Amit Shah’s visit to West Bengal may have been postponed, but his masterstroke sitting in New Delhi has once again taken Chief Minister Mamata Banerjee by surprise.

On Saturday, five leaders from the state joined the BJP in the presence of Home Minister Amit Shah including three rebel Trinamool Congress MLAs. The five leaders who came in from Kolkata on a special flight, will reportedly share the stage at Smriti Irani’s rally in Howrah on Sunday.

Home Minister Amit Shah was to visit West Bengal on January 30 and 31. Five leaders, including Rajib Banerjee, who resigned as minister from the Trinamool government, were scheduled to join the BJP during the visit. However, in view of the blast in the Capital and the farmers’ agitation, the trip had to be postponed. Nevertheless, it had no impact on the plans of the disgruntled Trinamool leaders.

National general secretary and state-in-charge Kailash Vijayvargiya and National Vice President Mukul Roy accompanied the Trinamool leaders from Kolkata to Delhi in special flight that arrived in the Capital at 4 pm.

Thereafter, all the leaders arrived at the residence of Home Minister Amit Shah and joined the BJP.

Women’s Reservation Bill must be passed in this Budget session, demands BJD