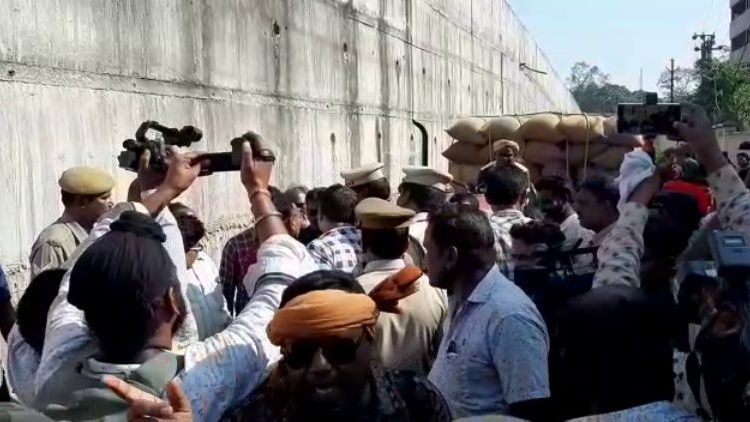 Sambalpur/Bargarh/Atabira: A scuffle ensued between farmers and police during the former’s protest in front of the office of Sambalpur Collector this afternoon. While farmers agitating in opposition to the token system for paddy procurement were trying to barge into the premises of the Collectorate, police prevented them leading to the melee.

Earlier in the day, agitating farmers had given an ultimatum till 12 PM to withdraw the decision on the token system.

They alleged that only a limited quantity of paddy can be sold under the token system introduced by the State government. “But this year bumper crop has been harvested. We are in dilemma where to sell the rest of the paddy,” a farmer said ruefully.

The agitators parked paddy laden tractors in front of the Collectorate gates leading to a traffic jam on three main roads.

Similar protest was observed by farmers in Bargarh. They locked up the Sub Collector office after a discussion with the official failed today.

Farmers in Padampur also expressed resentment against the token system.

The paddy procurement has begun in Sambalpur, Bargarh and Bolangir from November 15, but farmers are unwilling to sell their paddy.