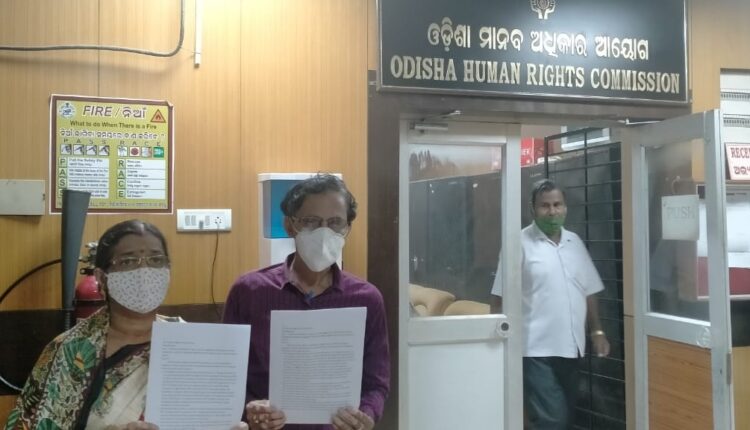 Bhubaneswar: Father of a 26-year-old woman, who died while undergoing treatment at a Bhubaneswar-based private hospital, moved the Odisha Human Rights Commission (OHRC) on Friday seeking an enquiry into medical negligence. Also the couple sought an intervention of the human rights commission to direct the private hospital to pay Rs 50 lakh compensation.

In a petition filed before the OHRC, the woman Pratikshya Mishra’s father stated she was the only earning member of the family and they have been rendered helpless following her demise due to negligence of Care Hospital, Bhubaneswar where she was undergoing treatment.

“The Care Hospital has shown serious inhuman blunders rightly from the day of admission of my daughter for which she got cardiac arrest and subsequently it caused her premature death in the end,” stated the petitioner and woman’s father, Subash Chandra Mishra.

However, when Pratikshya was in the ICU under ventilator, doctors of SUM Ultimate told her father she has tested Covid positive without providing any report. She was then shifted to SUM Covid ICU in a ventilated condition on October 19.

The SUM Ultimate doctors then advised the petitioner to shift Pratikshya to Care Hospital on October 20 for better treatment. The doctors assured him that everything about the patient’s condition had been communicated to the Care Hospital doctors.

Care Hospital called up the petitioner confirming about the availability of the ICU bed and asked him to admit the patient as early as possible. With the help of an ambulance of Care Hospital, the woman’s parents shifted her from SUM Covid hospital to Care Hospital on October 20 evening.

The petition further stated Pratikshya’s parents found neither an emergency doctor nor a nurse was available to prevent her pre-cardiac arrest and the woman was in the ambulance remain unattended for about 30 minutes.

When the woman’s parents pleaded the doctors moved her to ER and asked them to deposit Rs 50,000 initially before carrying out her treatment.

Even though Care Hospital confirmed an ICU bed for Pratikshya and told her parents about the same as well as sent an ambulance to SUM Covid Hospital to bring her, the doctors showed carelessness for the ventilated patients and left her unattended for about 30 minutes, the petitioner said.

“It is clearly evident that because of their serious lapses in their words and actions, our ventilated patient was deprived of being attended timely and for their unpardonable negligence she had the cardiac arrest and got premature death in the end,” the petitioner stated.

Subash Chandra filed an FIR on October 3, 2020 at Chandrasekharpur police station. But there was hardly any headway in the case so far.

Moreover, the woman’s body was neither handed over to her parents and family nor they were informed when her last rites were performed with the help of Bhubaneswar Municipal Corporation (BMC).