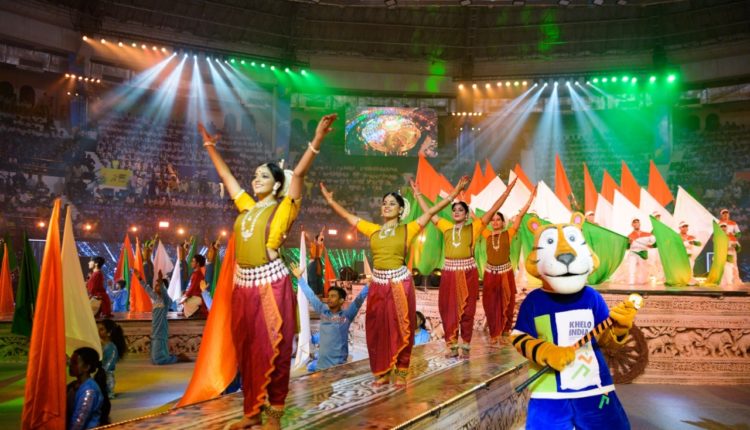 Bhubaneswar: Ahead of the grand opening of the Khelo India University Games, Chief Minister Naveen Patnaik on Saturday welcomed all the participants to the sports-loving state of Odisha. 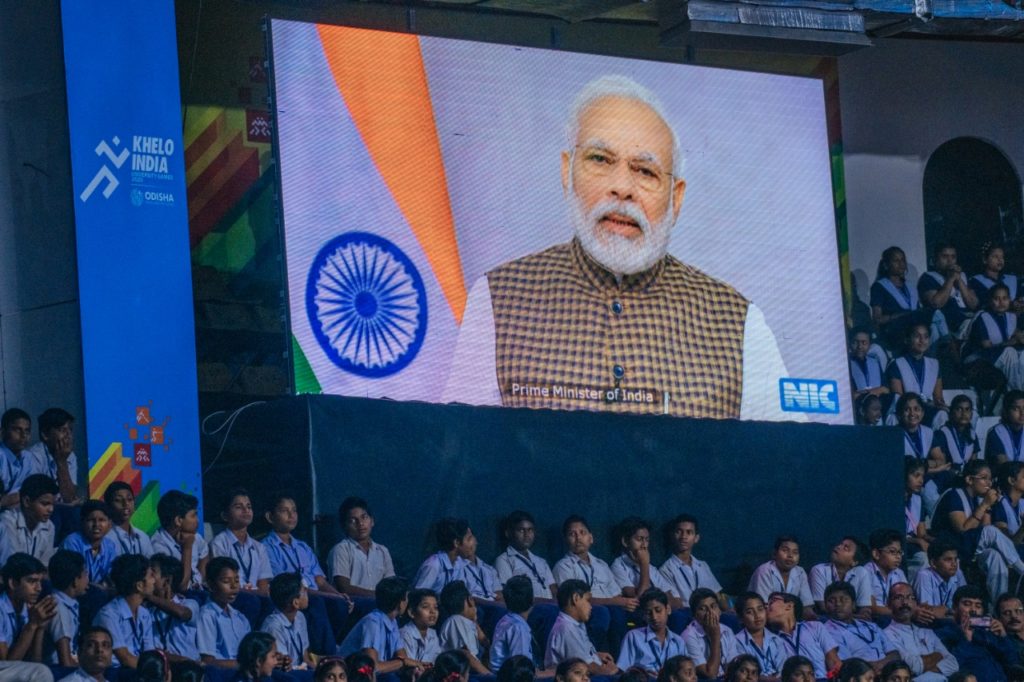 Speaking to the august gathering through a video link, the Prime Minister declared the Games open and exhorted the athletes to better their own performances. “It is a historic moment for Indian Sports. With the launch of Khelo India University Games India has entered the league of countries where university games are organized at this level. I congratulate the organizers from Odisha who have put together this spectacular event and wish the 3000+ youth athletes from across the country all the best for the Khelo India University Games.  In the coming few days, the goal is to win medals but even more to better your own performance. Your hard work here will take you, your families and your country’s dream ahead. You have torch bearers like Dutee Chand here to inspire you. This is the start of a new sports revolution in India,” said the Prime Minister through video conferencing.

In a message to the participating students, the chief minister said: “The student life is one of the most memorable period in life and university student life has its own charm.

He said that university student life presents a bold, confident, committed competitive and sportive life.” Khelo India University Games has provided a great
platform for all the students to showcase their talent at the national level, Patnaik said, adding that he was optimistic that all the athletes will enjoy a comfortable stay in the sports-loving state. 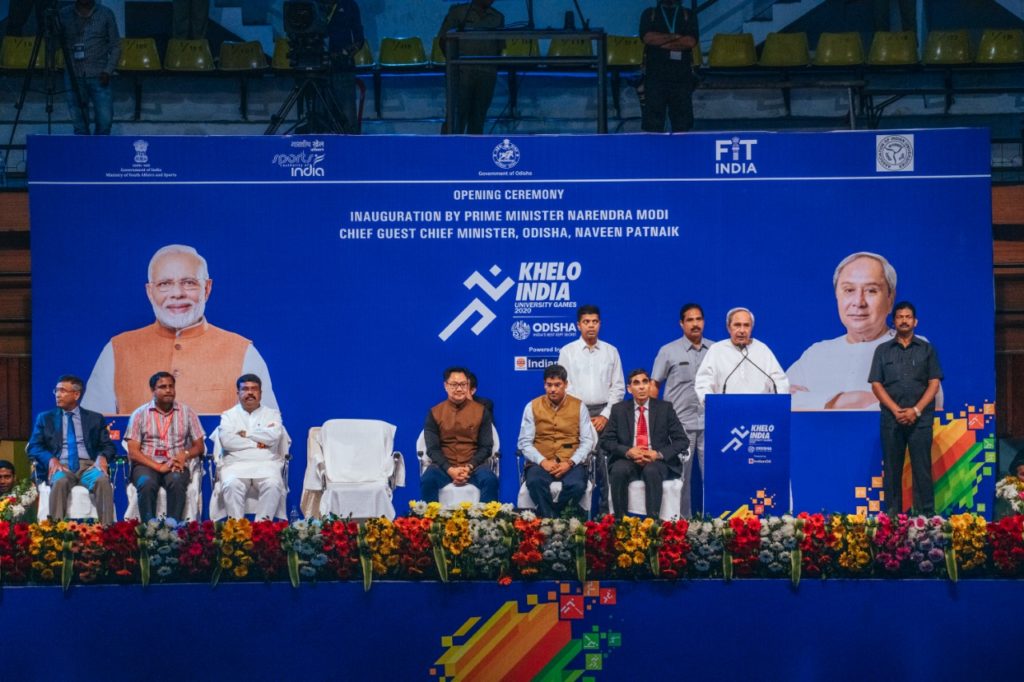 The chief minister said some of these athletes will go away with a medal, others with experiences and all with a great memory of sportsmanship. He said witnessing sports and sportsman spirit can inspire a generation to make our country a sporting power house.

“#KheloIndiaUniversityGames2020 in #Odisha is a unique platform for 4000+ students all over the country to compete in 17 disciplines. It furthers the nations mission of becoming a sporting powerhouse and preparing the youth for a global stage. #KIGOdisha2020,” the CMO Odisha said in a twitter post.

Union Sports Minister Shri Kiren Rijiju, during his address, said that the people of India will definitely see many international champions coming out of the Khelo India University Games. “I’m sure we will find more Olympians and unearth more talent from the Games. It gives a platform for athletes to showcase their talent at the highest level and also for athletes to interact with one another to share expertise. I’m confident that through initiatives such as the Khelo India Youth Games and the Khelo India University Games, India will have more stars in the future,” he said.

A colourful 45-minute cultural-cum-entertainment show marked the ceremony, with a number of top dignitaries witnessing the show. The opening ceremony was a glittering affair with 390 students performing and showcasing the rich cultural heritage of Odisha. Padmashree Aruna Mohanty choreographed a sequence which showcased dance forms such as Odissi and Sambalpuri.

As many as 4,000 spectators enjoyed the immaculately-conceived ceremony inside the stadium even as scores watched it on LED screens just outside the stadium. 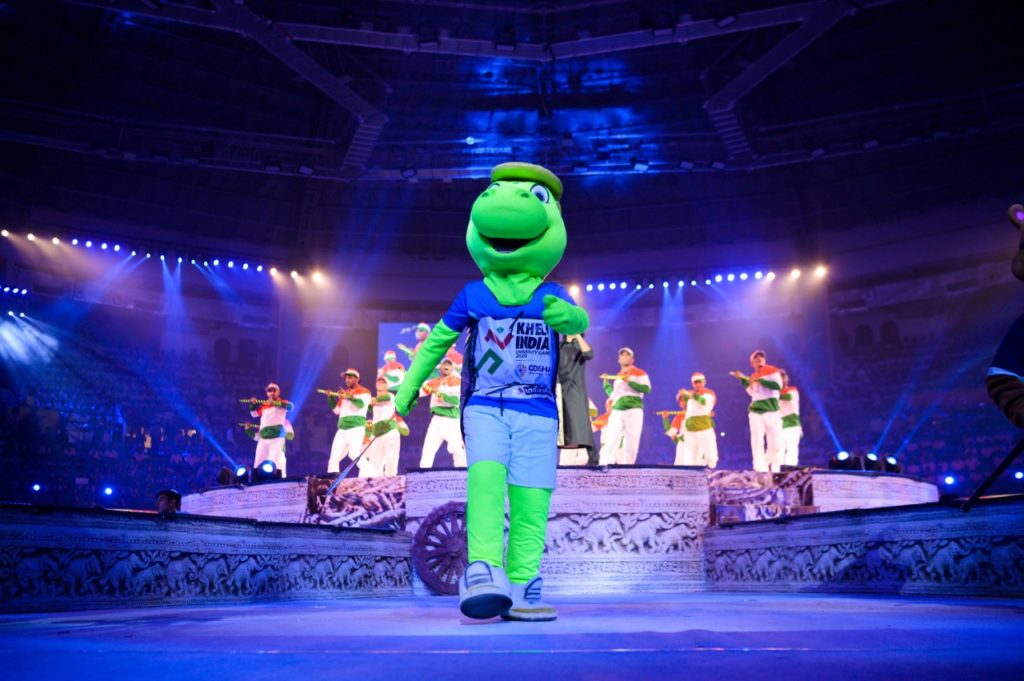 The torch relay which kick-started the Games was led by India archer Muskan Kirar who passed on the baton to swimmer S.P. Likith who handed over the torch to former India hockey player Dilip Tirkey who lit the cauldron. The oath taking ceremony for athletes was led by ace sprinter Dutee Chand who is taking part in the Khelo India University Games.

Composer Ram Sampath and Indian singer Sona Mohapatra performed a song which urged athletes to participate with pride during the Games. Musical composer Nakash Aziz motivated the athletes with his song ‘Khelo Khelo’ which talks about taking sports to the next level in India.

The games will be staged across 10 venues in Bhubaneswar and Cuttack. The Kalinga Institute of Industrial Technology will be the main center for the sporting extravaganza.