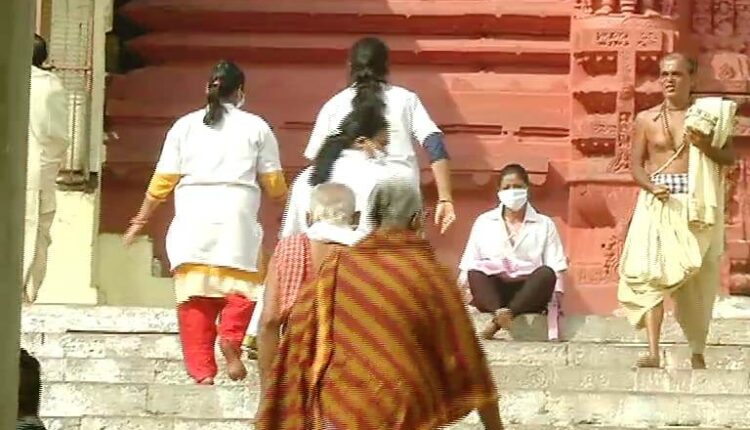 Puri: As many as four Auxiliary Nurse Midwife (ANM) workers were today suspended for entering the Shree Jagannath Temple in Odisha’s Puri without permission.

Puri Chief District Medical Officer (CDMO) placed the four under suspension. They were deployed outside the temple for conducting thermal screening of the devotees at the Singhadwara. However, the four entered the temple and had darshan of the deities on December 27 without informing the authorities.

All of them were appointed contractually for COVID duty while their service period was slated to end on December 31.

The temple reopened on December 23 after being closed for around 9 months due to the COVID-19 pandemic. Currently, only the residents of Puri are being allowed to enter the temple for having darshan of the deities.

From January 3, all devotees will be allowed inside the temple.

Odisha dance troupe selected to perform on R-Day in New Delhi; only from east zone