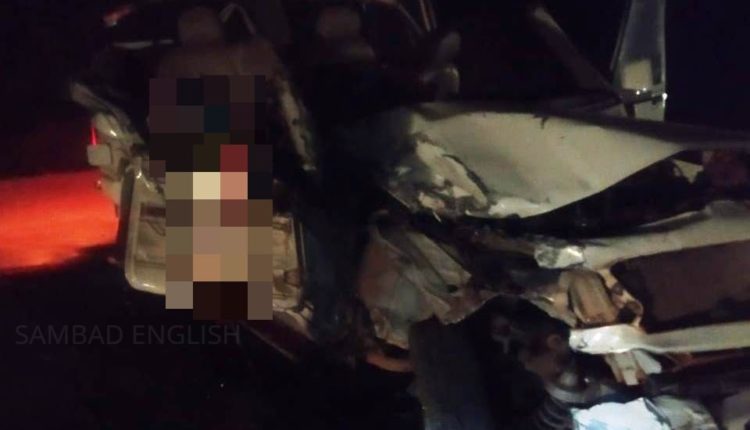 Angul: In a tragic incident, a head-on collision between an SUV and a bus on NH-55 at Katada under Jarapada police limits in Odisha’s Angul district late last night claimed lives of at least four persons, including three women, and left six others critically injured.

According to reports, the ill-fated SUV carrying 10 persons from Raipur was heading towards Puri when it collided with a Jharsuguda-bound passenger bus. The driver of the SUV and three women, who were members of a family, died on the spot under the impact of the collision.

On the other hand, six occupants of the vehicle were grieviously injured. They were rescued by police and admitted to the Angul District Headquarters Hospital. Two of the victims were later shifted to the SCB Medical College and Hospital in Cuttack as their condition deteriorated.