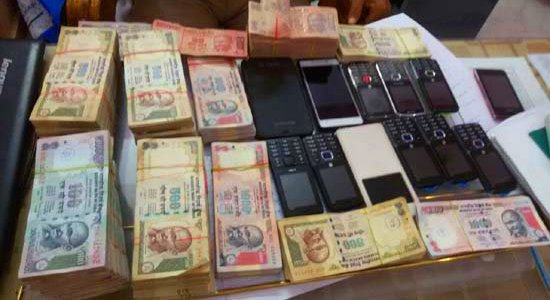 Odisha police today claimed to have busted a cricket betting racket here with the arrest of one person in this connection.

According to reports, the Bada Bazar police raided a house in Pitagundi Sahi area in the city.

Five Held in Odisha for betting during IPL matches

Following the crackdown, the cops arrested one person and seized Rs 7.51 cash, 10 mobile phones and nearly 175 gm gold jewellery from his possession.

The police action comes barely hours before the beginning of the final match of IPL Season 9 between Sunrisers Hyderabad and Royal Challengers Bangalore played at M Chinnaswamy Stadium in Bangalore.

It may be recalled that two persons were arrested from Lanjipalli Chandan Nagar area under B N Pur police limits here on Wednesday for running a cricket betting racket. Police had seized Rs 11, 18, 080 in cash, 10 mobile phones and a laptop from them during the raid.

Both had reportedly admitted to the crime of betting and had revealed that 15 more were involved in the illegal business.