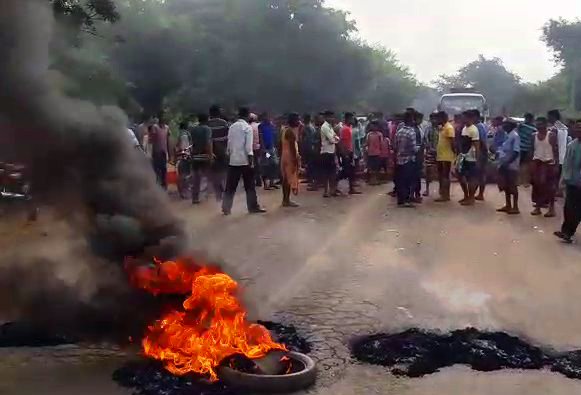 Dhenkanal: Vehicular movements on NH-55 near Ankarantipur village in Dhenkanal district was disrupted today after locals blocked the road in the locality protesting elephant attack on a temple priest leaving him critically injured.

Over a hundred villagers, including women and children staged the road blockade by sitting on dharna and burning tyres. Large number vehicles were stranded on both sides of the road due the strike.

Meanwhile, police personnel have been deployed in the area to avaid any untoward incident during the protest.

A priest of Ankarantipur village was trampled by an elephant in front of his house last night. He was rushed to the SCB Medical College and Hospital in critical condition. The pachyderm also destroyed the boundary wall of Ankarantipur High School last night.