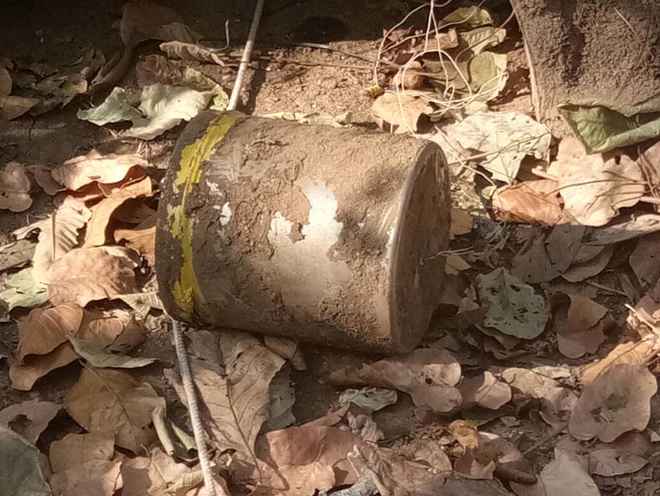 A Sunki Ghat-like blast was averted today in Lanjigarh block in Odisha’s Kalahandi district due to the timely intervention of CRPF personnel who successfully defused a 25 kg landmine purportedly planted by Maoists under a culvert.

A bomb disposal squad of the CRPF from Rayagada led by Commandant Manoj Sharma with the help of sniffer dog (Maiki) defused a 25 kg IED planted under a culvert on the road leading to Bijepur in Trilochanpur panchayat under Lanjigarh block. Bijepur CRPF Assistant Commandant Sankar Lal Meena and other senior officers of the paramilitary force were present during the disposal of the landmine.

The landmine supposedly planted by Maoists was targeted at CRPF jawans engaged in combing operations in Bijepur.

“We suspect Maoists had planted the landmine for a massive explosion before panchayat polls to terrorize people from participating in the elections,” said CRPF Commandant Sharma.

The Red rebels had earlier through posters urged people to boycott panchayat polls.

It may be mentioned here that on January 24, police had seized Maoist posters urging people to boycott panchayat polls about 100 m away from the place where the IED was found planted.

Besides, three months back Maoists had killed former sarpanch of Trilochanpur panchayat Jayant Majhi near the same culvert branding him as a police informer.

While the seizure of the IED has led to panic among the locals, movement of traffic on the Lanjigarh-Bijepur road has come to a standstill.

CRPF has intensified search and combing operation in the area.