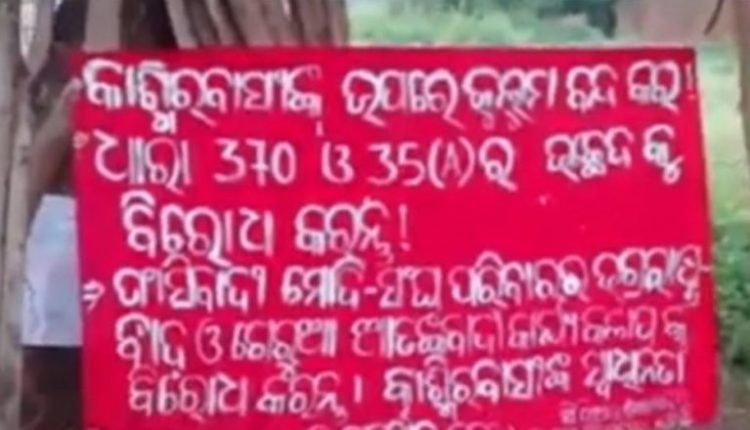 Rayagada: Banners and posters were reportedly put up by outlawed CPI (Maoist) in Rayagada district today opposing abrogation of Article 370 and 35 (A) in erstwhile Jammu and Kashmir state.

The Bansadhara-Ghumusara-Nagabali division of Maoists in the poster, spotted in Bijabandali village under Mudiguda block, has called for public support to the freedom fight of the people of Kashmir. They also termed the surrender of Maoist leader Rinki along with her baby girl before police as ‘drama’.

The ultras mentioned that the police had picked up Rinki from Khamari village on October 23. In the posters, they condemned the alleged attempts of police to describe her detention as a surrender.

Worth mentioning, on November 7, Rinki had surrendered before police citing torture in Maoist camps.

The Ambadala Police has seized the posters and banners.

No change of guard in Odisha PCC: Jitendra Singh