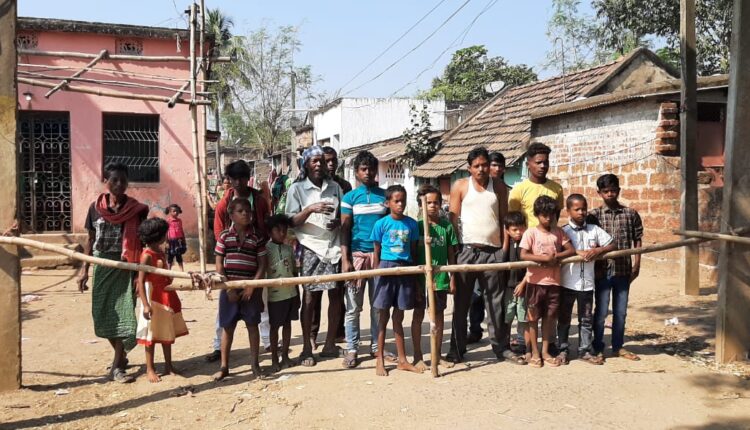 Nayagarh: The locals of Jadupur village in Nayagarh district today protested the raid by the Special Investigation Team (SIT) that is probing an alleged murder of a minor girl.

The agitating villagers cordoned off the area alleging ‘arbitrary’ state of action by the SIT in the sensational murder case.

A group of villagers opposed the raid while the police officials were picking up a dalit youth identified as Manas Nahak (29) following which the SIT members had to return with empty hands.

According to reports, Manas, who is a daily worker, was the target of the SIT for interrogation in the case. However, the police officials faced wrath from the villagers while they were taking him into their custody.

Raising doubt on investigation process by the SIT, the locals questioned as to how they will manage their households if the residents belonging to Harijan Sahi will be picked up by the police.

While the murder of the minor girl took place where the upper class people reside, the political conspiracy is being made to trap the dalits in the case, said Magi Nahak, a protestor.

We will not allow any members of the SIT nor the police to Harijan Sahi of the village to probe into the case, he added.

It is worth mentioning that the State Government has ordered an SIT probe into alleged murder case of a minor girl in Nayagarh district.

The 5-year-old girl had gone missing while playing in front of her house on July 14. After 10 days, i.e on July 23, her decomposed body packed in a gunny bag was found behind the house near a pond.

The parents of the deceased accused Higher Education Minister Arun Sahoo of shielding a person identified as Babuli Nayak, the prime suspect in the case.

Powerful Winter Super-Foods that You must Eat in this Season