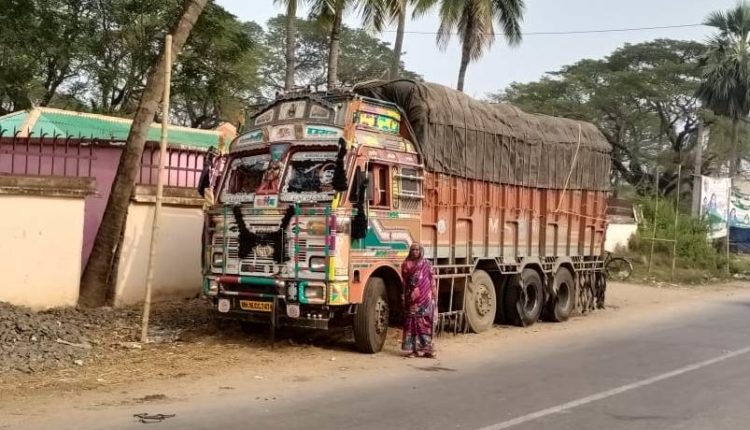 Bhadrak: A truck carrying paddy has been fined for traffic violations under New Motor Vehicles Act during frisking in Bhadrak district.

The Maharashtra-registered truck that was travelling to Sambalpur from Chandbali was fined Rs 58,040 by RTO officials on Wednesday for overloading, plying on the road without availing permit and Pollution under Control (PUC) certificate.

As the driver and owner of the truck failed to make payment immediately, the vehicle has been detained by the Tihidi police.

Worth mentioning, the Motor Vehicles (Amendment) Act 2019 was enforced in Odisha from September 1. In view of heavy rush at RTOs, the state government announced 3-month relaxation for the vehicle owners to get documents ready. Again, the relaxation period was extended by another 3 months providing enough time to vehicle riders and motorists to avail documents from the RTO authorities.