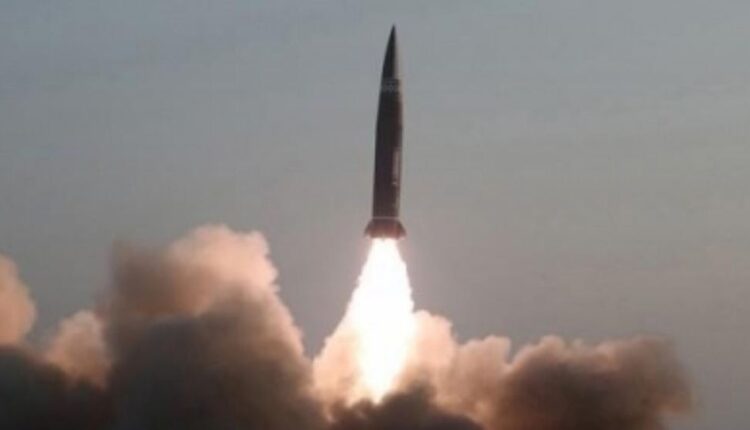 Seoul: North Korea fired a ballistic missile towards the East Sea on Tuesday, the South Korean military said, as Seoul, Washington and Tokyo are cranking up diplomacy to resume dialogue with Pyongyang.

The missile was launched eastward from a site in the vicinity of Sinpo, South Hamgyong province, according to the Joint Chiefs of Staff (JCS).

It said the launch was detected at 10.17 a.m. but gave no other details, reports Yonhap News Agency.

“The intelligence authorities of South Korea and the US are currently conducting a thorough analysis regarding additional information,” the JCS said in a text message sent to reporters.

The launch came as the top nuclear envoys of the South, the US and Japan are in Washington to discuss joint efforts to bring the North back to dialogue through humanitarian aid and other incentives.

The North has been seen pushing for a military build-up as witnessed in a series of recent missile tests, including last month’s launches of a new type of long-range cruise missile and a hypersonic missile.

Pyongyang’s continued saber-rattling tempered cautious optimism that has emerged since the reactivation of inter-Korean communication channels earlier this month.

In Washington on Tuesday, Seoul’s top nuclear envoy, Noh Kyu-duk, and his US and Japanese counterparts, Sung Kim and Takehiro Funakoshi, plan to meet trilaterally to discuss a joint strategy on the North.

On Monday, Noh and Kim met bilaterally and discussed President Moon Jae-in’s recent proposal for the declaration of a formal end to the 1950-53 Korean War, which Seoul believes is an effective measure to build confidence with Pyongyang.

The US envoy plans to visit Seoul later this week to further discuss diplomacy toward the North.