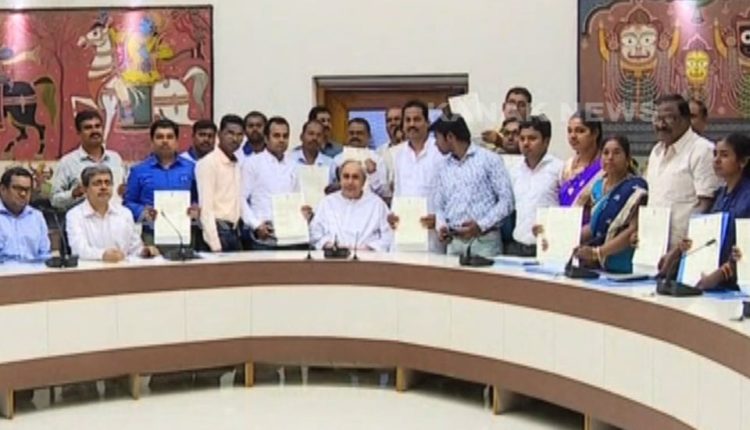 Bhubaneswar: Hailing them “heroes” of cyclone ‘Titli’, Odisha Chief Minister Naveen Patnaik today felicitated as many as 25 people who shown exemplary courage and actively participated in rescue and restoration works during the devastating cyclone and subsequent flood in the State last month.

19 persons from Gajapati and six from Ganjam were awarded by the CM at Secretariat here this afternoon. These 25 people belong to various professions such as social workers, government employees, women health workers and youths, etc.

Acknowledging and praising lavishly the efforts of these people, Naveen said their bravery and philanthropic works during natural calamities would be example for others. “They are the real ideals for the society,” he added.

It may be recalled her that 77 people were died and properties worth crores of rupees were damaged due to the cyclone that made landfall in the state on October 11 and the subsequent flood.

Ganjam, Gajapati and Rayagada were the worst-hit districts.

400 districts to have city gas networks in 2-3 years: Modi