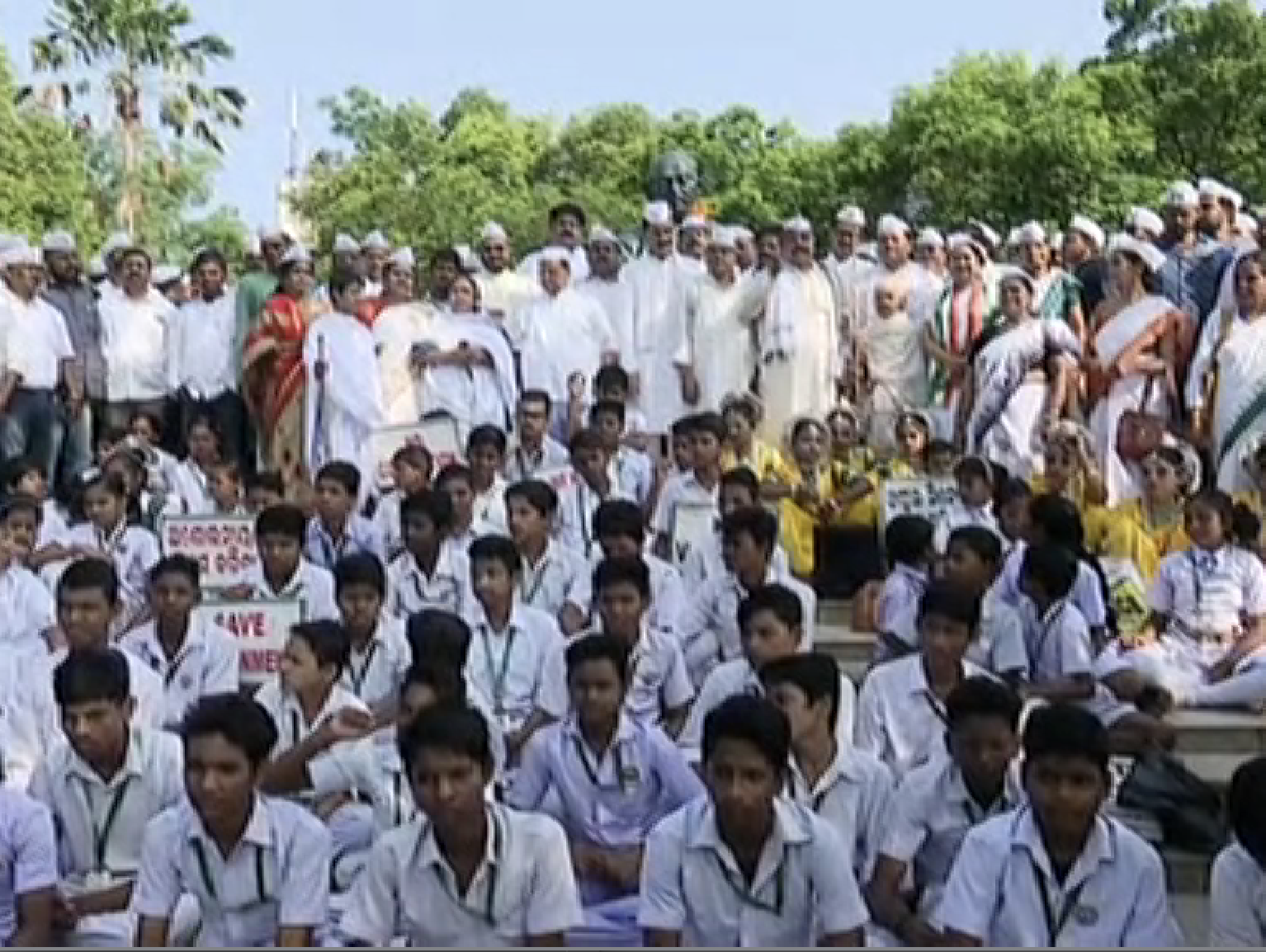 Bhubaneswar: Remembering Mahatma Gandhi on his 150th birth anniversary, Odisha Congress today took out a Padayatra in the state capital to preach his message of non-violence.

Thousands of party MLAs, senior leaders as well as workers from different parts the state participated in the Padayatra that began with garlanding of Gandhi’s statue.

“At the time, when religious intolerance is increasing in the country, the ruling BJP has taken the country 100 years back. Politics is now being done in the name of religion, caste and creed. Through this Padayatra, we aim to spread the message of non-violence and secularism in the country,” said Singh.

“Congress, Gandhi Ji and non-violence are synonyms to each other. Congress have always believed in non-violence and Gandhi Ji’s ideology. Irony is that BJP which follows Gandhi’s  killer Godse’s ideology is now praising the ‘Mahatma’ for its political benefits.” said the Cuttack Barabati MLA.

The two leaders will participate in another Padayatra at Nischintakoili in Cuttack and later have lunch in the house of a dalit at Salepur.