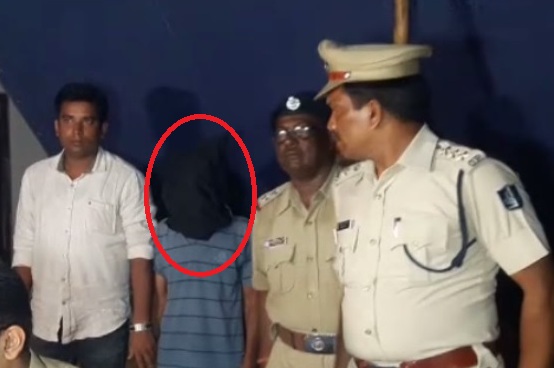 Angul: The accused in the alleged rape of an 8-year-old girl in Odisha’s Angul district has been arrested by local police, here today.

The accused has been identified as Sibu Patnaik, a middle-aged man and resident of Amlapada area of Angul.

According to reports, on July 20, Sibu got out of his house between between 2 am and 4 am and found a minor girl sleeping on the verandah of a shop.

He allegedly abducted her and took her behind a nearby Aahaar Centre. There, he beat her and threatened to kill her if she kept screamed. He then allegedly raped her and dumped her in a drain.

“We formed four teams to nab the culprit. All evidences point towards his involvement. Sibu has been charged under Sections 363, 370-A, 370-B, 307 of IPC and Section 6 of POCSO Act. We are forwarding him to court. We shall file the chargesheet within 15 days and shall put in all efforts for a speedy trial,” said Mitrabhanu Mohapatra, SP of Angul.

The victim is currently undergoing treatment in the Obstetrics and Gynaecology ICU at SCB Medical College and Hospital in Cuttack.

Worth mentioning, the victim was found in an unconscious state at a drain near bus stand in Angul on July 21. The girl sustained critical injuries to his face and head, for which it was also being suspected that an attempt was made to kill her.