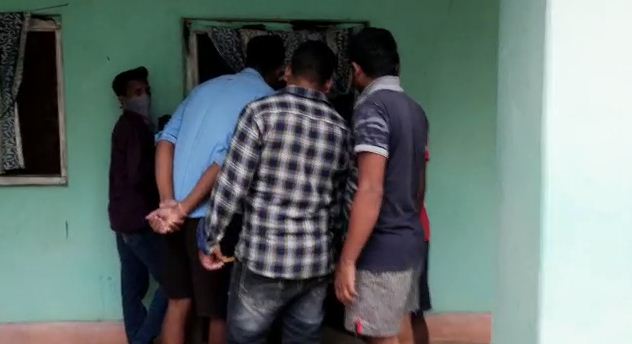 Angul: In a shocking incident, a man was allegedly murdered by his wife and two daughters at Siling village under Samal police limits in Odisha’s Angul district last night.

The deceased has been identified as Sunad Pradhan (51). As per a police complaint lodged by the sister of Sunad, he was opposing the alleged illicit relationship of the accused trio with men, for which the three hatched a plan to eliminate him.

She further alleged that the accused with the help of some goons banged his head against the wall of the house leading to his death.

Sunad’s wife Bharati (45), daughters Bunu (24) and Lunu (20) surrendered at the police station after his death.

Police have registered a case and started an investigation into the matter.