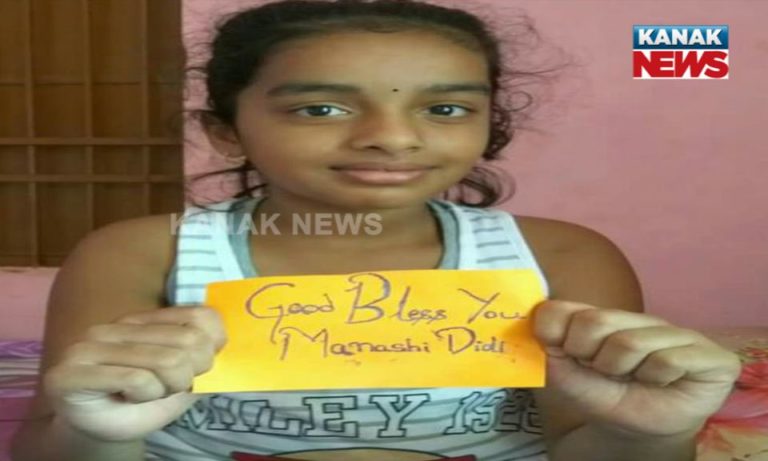 Balugaon: A little girl set an example for showing immense humanity by offering her savings to an accident victim for treatment after breaking her piggy bank here.

Adyasha Hota, a Class V student in Balugaon area in Khordha district, broke her piggy bank in which she had kept money, for a college girl, who sought financial assistance on social media for treatment following her accident.

According to reports, the college girl identified as Manasi Tarai, a Badadanda village under Krushna Prasad block in Puri district had met with an accident while going to college. As the poor family of the girl was not able to afford the medical expenses for the treatment, they sought help through social media.

Adyasha, an active user of the Facebook, decided to help the victim, who was suffering from injuries. She expressed her wish to her father Radhakanta Hota to extend support. When her father asked how she will help the victim, he was surprised to hear her reply.

Pointing out at the piggy bank in which she was saving coins from her pocket money, Adyasha told her father to break it and donate the savings to Manasi.

Radhakanta called the person, who had uploaded the post seeking financial help on social media, and offered him a sum of Rs 11,500 wrapped in a cloth on which Adyasha had written ‘For you Manasi Didi’ for treatment.

Although, several kind hearted people have extended help for treatment of Manasi, Adyasha’s little contribution has made her great among locals in Balugaon town.

Another 120 COVID-19 patients recover in Odisha