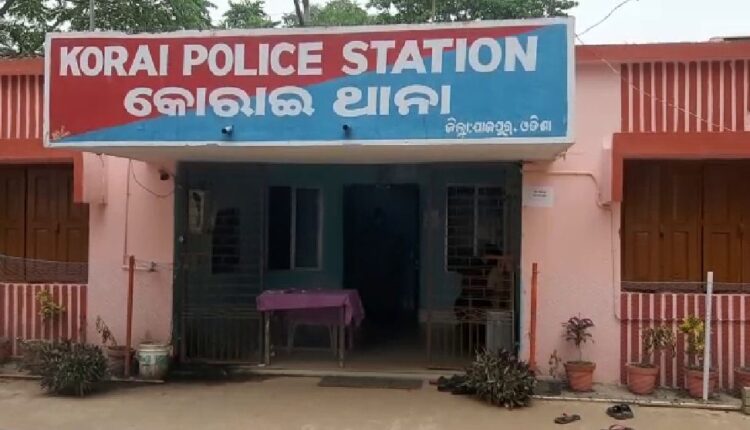 Korai: In a saddening incident, a woman was allegedly beaten to death by her husband following an argument in Ranapur village under Korai police limits of Jajpur district.

Today morning, when the woman, Diptimayee Jena was speaking to her children in a high-pitch voice, her husband, Arun Kumar Jena asked her to keep her voice down. Following this, there was a quarrel between the couple. However, the issue got pacified shortly.

Little did Diptimayee know that Arun was seething with anger. He came from behind and hit her on head with a stick while she was offering prayers. She instantly fell on the ground unconscious. However, Arun did not stop there. He allegedly continued to hit her on head causing grievous injury and profuse bleeding.

Diptimayee’s in-laws with the help of some locals rushed the critically injured to the local hospital where doctors declared her brought dead.

Few months after Diptimayee’s gave birth to a baby girl, the accused used to fight with her suspecting her involvement in an extramarital affair, alleged Lipimayee Jena, sister of the deceased.

“My elder sister, Diptimayee, and her husband, Arun Kumar, were working as Teachers. Arun Kumar was pressurising my sister not to attend school meetings and speak to colleagues. They were having frequent quarrels over the same. Arun Kumar and Diptimayee were married for 10 years and have a son and daughter,” added the deceased’s sister.

After receiving information, the Korai Police reached the spot and began investigation.