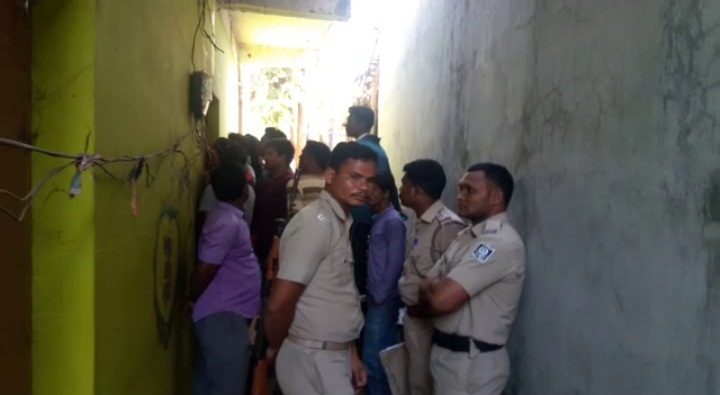 Dhenkanal: In a gruesome murder incident, a man hacked his brother-in-law to death with a bill hook over family feud at Bidyabandh village under Dhenkanal Town Police limits.

The accused identified as Rudra Narayan Nayak fled from the spot following murder. His wife and mother-in-law also sustained serious injuries in the incident.

Woman axed to death by brother-in-law in Odisha; accused detained

Police have seized the body of Nagesh Rout, the accused’s brother-in-law and initiated a probe into the incident. The injured persons have been admitted to Dhenkanal District Headquarters Hospital for treatment.

Though the reason behind the incident is yet to be ascertained, the initial probe report suggested that ‘family fued’ might be the cause behind the murder.

“Rudra, who was staying at his in-laws house, heinously killed his brother-in-law (wife’s brother) with a bill hook over family dispute. His wife and mother-in-law were also injured while trying to stop him from the act,” said Malay Nayak, Dhenkanal Town Police IIC.

“The initial probe suggested that the Rudra committed the crime out of anger to take revenge from his wife’s brother,” he said.

A scientific team has reached the spot to probe into the incident. An operation has been launched to nab the accused, who is at large, he said.

Three of family consume poison in Odisha’s Sambalpur; one…