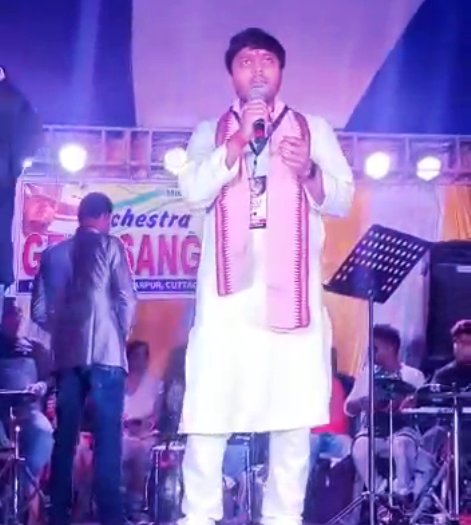 No sooner the video of his performance went viral on social media, the young legislator is being applauded by one and all for his ‘melodious’ voice.

On the occasion Ganesh Chaturthi, a cultural programme was organised in Gandarpur area at Mahanadi Vihar here last evening. Besides gracing the event as Chief Guest, the young enthusiast legislator went on the stage and sang a Bhajan track ‘Chal Begi Begi Jiba Sangata’, originally sung by Sonu Nigam.

Enthralled by his performance, the audience present were seen encouraging the MLA by clapping and singing along with the MLA.