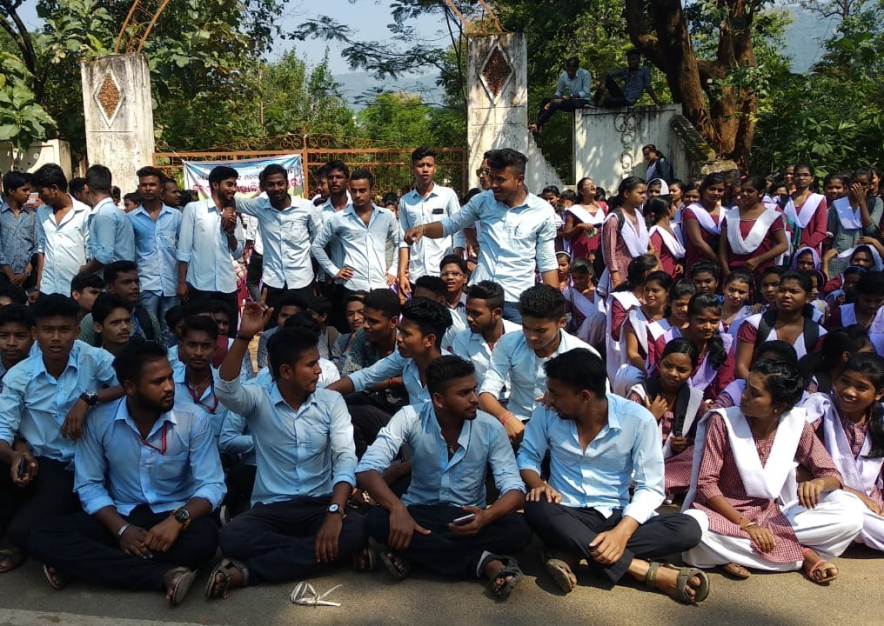 Earlier, the college authorities had cancelled the students’ union polls following which the students staged protest against the move.

The agitating students took out a bike rally on Tuesday and handed over a memorandum to the district collector demanding to hold the polls at college. However, the effort went in vain.

Later, intensifying the protest, the students locked up the college gate and sat on dharna on the road.