Odisha: Two youth thrashed, forced to kneel down for overtaking 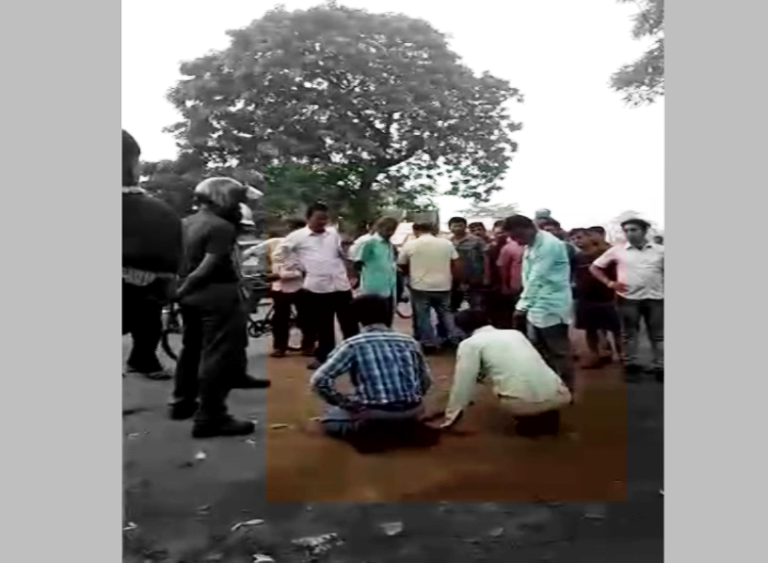 Angul: In a fresh incident of Kangaroo court taking law into their hands, two youth were thrashed and forced to kneel down in public on NH-55 at Banrapala in Angul for overtaking an influential person yesterday.

Sources said the incident took place at around 2 PM yesterday, when the two youth overtook a local politician with a bike. Angry over this, the latter detained the two, kicked and beat them with stick mercilessly and later forced him to kneel down on roadside. The leader also abused the duo with filthy language.

Odisha youth thrashed, forced to kneel down for…

Shockingly, the onlookers did not come to the rescue of the youths since the leader was an influential person in the locality.

However, no police complaint has been lodged in this connection till yet.