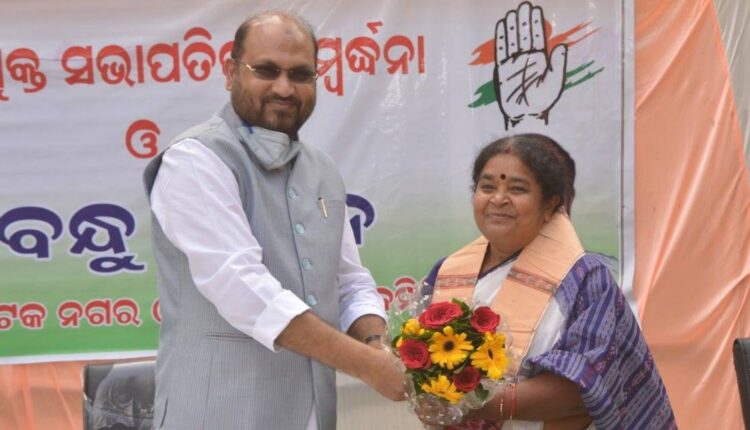 The party has nominated Giribala Behera, the vice-president of Odisha Pradesh Mahila Congress, as its candidate for the top post of CMC.

Behera, who is also the president of the party’s city unit, had played a key role for the sitting Cuttack-Barabati MLA Mohammed Moquim in 2019 Assembly elections. Earlier, she was also elected as a Corporator in the CMC.

Over 27 lakh voters will exercise their franchise at 3,030 booths under 1731 wards in 106 ULBs (47 Municipalities and 59 NACs) for Chairperson and Councillor posts. Similarly, over 14.26 lakh voters will cast their vote at 1407 booths under 168 wards in three Municipal Corporations–Cuttack, Bhubaneswar and Berhampur–for election of Mayors and Corporators.