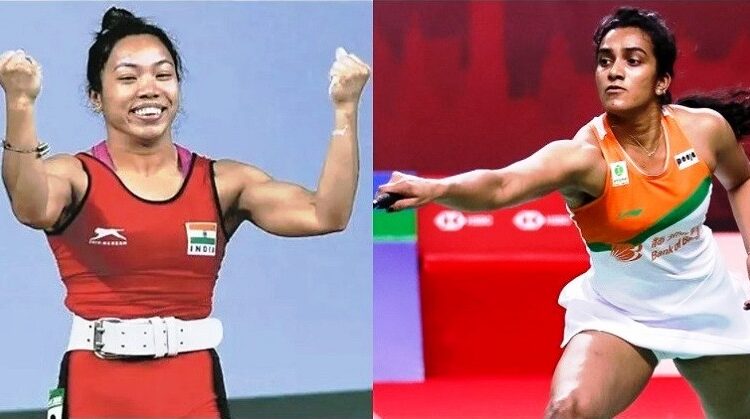 Star golfer Aditi Ashok, Avani Lekhara, the first Indian woman to have won gold in a Paralympics event, and Tokyo-2020 Bronze medal winner Lovlina Borgohain, were the three other nominees shortlisted by an distinguished jury of sports journalists, experts and sports writers.

Online public voting, which began today, will remain open till 11 pm of February 28.

The winner will be announced on March  28 at a special ceremony to be held in Delhi. People can vote online for free on BBC ISWOTY voting page.

BBC News India Head Rupa Jha said, “Each edition of BBC ISWOTY nomination has sprung up some new names. The five nominees this year represent a wide range of sports from a golfer to a Paralympian, the shining stars of Indian sports are here to be celebrated.”

PV Sindhu said “success doesn’t come easy, it’s not just few months of hard work, but years of hard work. Every day is a process, that’s how you come up to a certain level.”

Saikom Mirabai Chanu, who also won a gold medal at the World Weightlifting Championships in 2017, said “I’ve heard people say girls can’t lift heavy weights and that it damages women’s body. But that’s not true, nothing has happened to me.”

The awards ceremony will also honour a legendary sportswoman with the BBC Lifetime Achievement award and a young female player will be named as BBC Emerging Player of the Year.

Besides, there will be a series of in-depth programmes on the inspiring journey of this year’s nominees on BBC Indian Languages websites. BBC World News will telecast a documentary featuring the nominees at 11 pm on February 19, 10 am and 4 pm on on February 20.

BBC ISWOTY is an initiative by BBC Hindi in India to celebrate and honour sportswomen of the country who have excelled in their respective fields. The first edition of the award was held in 2020 and PV Sindhu was the winner.