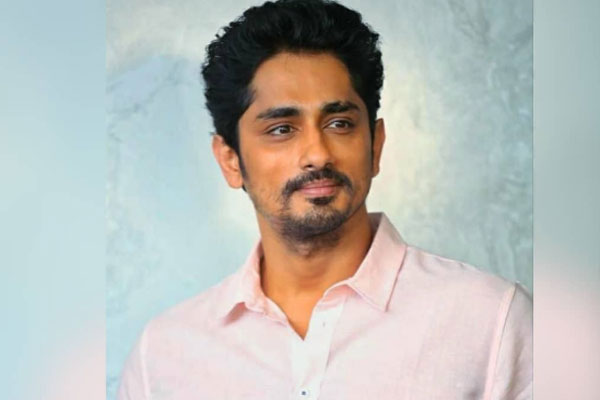 Share
Chennai: At a time when south Indian films are gaining more attention than ever before, a new term — ‘pan-Indian’ — is being used to refer to films in regional languages that are emerging as superhits as a result of being watched by masses from across the country.

While many think that describing a film as pan-Indian is actually a compliment, actor Siddharth, who has worked in films in over five languages, including Hindi, and who enjoys a huge fan following in two of the most popular film industries of the country, believes otherwise.

Draw his attention to how south Indian films are now ruling the roost and ask him if times have changed from when people looking to get into Bollywood would first make their mark in regional films, the actor shoots back, “These are given only by the people in the middle who are watching the game. Almost 15 or 16 years ago, I gave interviews. In those days, the hot topic was cross-over cinema. When will we go to Hollywood?

“Pan-Indian is a very disrespectful word because the term is being used to describe that a regional film means there is something called an Indian film, which comes from Bollywood. That’s what it means. It means that you don’t have to qualify Hindi films with any word, but if it is coming from regional cinema, they are not just regional films but they are pan-Indian. That is nonsense! All films are Indian films.

The actor adds: “Is that to say that there was no pan-Indian cinema 15 years back? Indian cinema is Indian cinema. My boss Mani Ratnam made a film called ‘Roja’, which everybody in India saw. Nobody said it was a pan-Indian film.

“Today, my friends in Bengaluru have made ‘KGF’. I am so proud of them. ‘KGF’ is an Indian film. It is a Kannada film. You can watch it in any language you want, but it is an Indian film made by the Kannada industry.

“The term pan-India should be removed, if you ask me. It should just be called an Indian film. Otherwise, refer to it in the language it was made in.”

Siddharth goes on to say: “As a Tamil actor who has found stardom in Tamil and Telugu cinema and who comes to Bollywood, they call me south actor. Not even south Indian actor. People who are in the middle, they are the ones who are coining all these terms. So, if you ask me about the tables turning, the best technicians will make the best films.

Wet Hair Mistakes Might Be Damaging Your Hair Silently