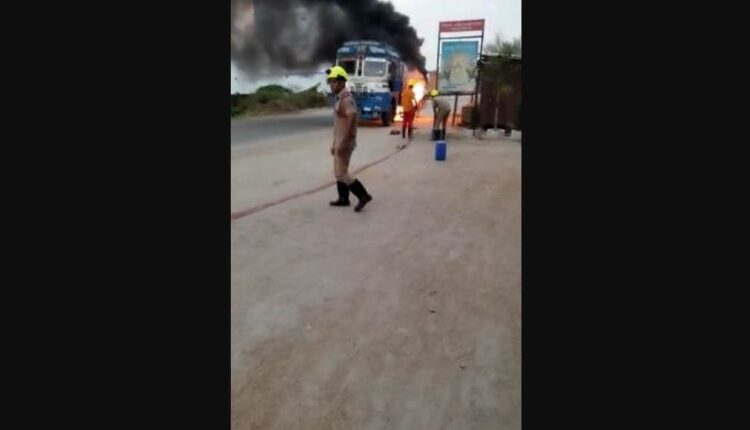 According to reports, the ill-fated vehicle carrying the fuel was heading towards Kesinga from Paradip when the tanker caught fire on NH-57 at around 4.40 am.

The driver of the druk quickly came out of the vehicle and informed the Fire Services about the mishap. Fire Services personnel soon rushed to the spot and doused the flames after an hour-long effort.

To avoid any further accident, movement of vehicles was stopped on the portion of the NH during the firefighting.

Though the reason behind the outbreak of fire was yet to be ascertained, it is suspected that the fire mishap took place due to electrical short circuit in the tanker.