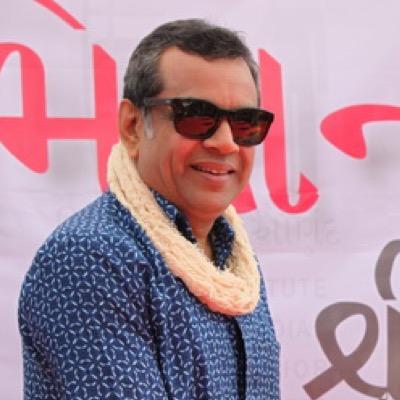 Mumbai: In the wake of the Pulwama terror attack, veteran actor Paresh Rawal on Sunday appealed to Indian news channels not to entertain or invite any Pakistani guests on their shows.

“Humble appeal to our national news channels. Please don’t invite any Pakistani or Indian terrorist sympathisers to spew venom against our dear motherland,” he tweeted.

At least 49 Central Reserve Police Force (CRPF) troopers were killed in the attack when a suicide bomber rammed his SUV packed with explosives into a CRPF bus on the Srinagar-Jammu highway in Pulwama district on Thursday.

Expressing anger over the the attack, the “Uri: The Surgical Strike” actor asked for a ban on Pakistani people who are spreading “venom” in India.

“Those rabid dogs are not allowed in our homes. Let those maggots die in their own filth,” Rawal added.