Passengers suffer as OSRTC resorts to 3-day strike from today 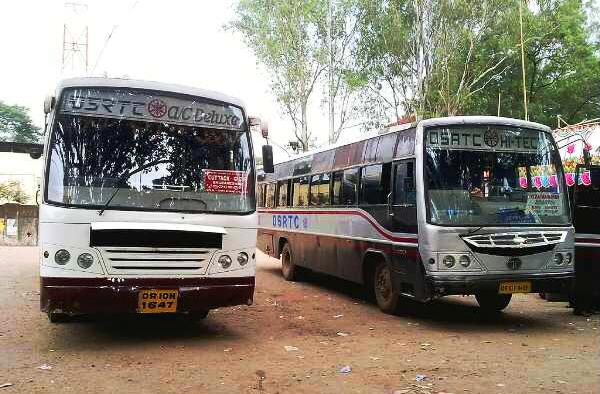 Bhubaneswar: Pressing for fulfillment of a four-point charter of demands, including regularization of contractual employees, the Odisha State Road Transport Corporation (OSRTC) resorted to a three-day strike across the State starting today.

Due to the strike, around 600 OSRTC buses have stayed off roads across the State leaving passengers in the lurch. Sources said around 60 buses plying from Badambadi in Cuttack have remained off road due to the protest. The cease-work strike has also affected communication in Jeypore of Koraput district as the people largely depend on the Government-run buses.

As part of the protest, the agitating employees of the State-owned transport corporation are holding demonstrations at various places throughout the State.

The other demands of the body include Demands of the OSRTC employees same wage for same work and upgradation in salary as per 7th Pay Commission.

OSRTC to resume bus service across Odisha from Monday.…