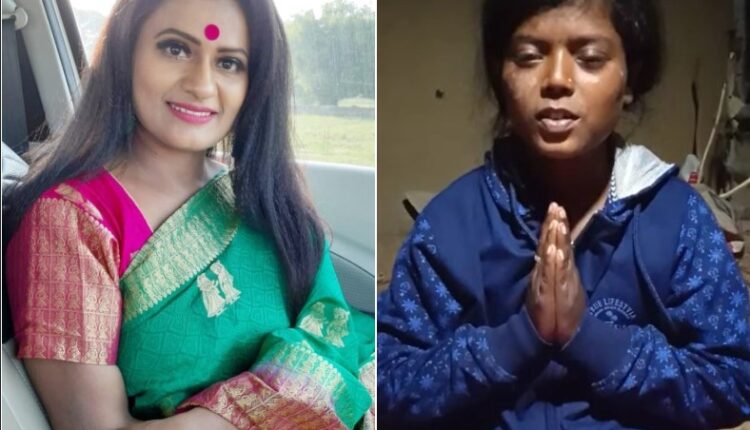 Bhubaneswar: A day after heart wrenching story of an engineering student and her struggle to get certificate was published in media, popular Jatra artiste Rani Panda extended her helping hand to the poor girl.

The Jollywood star transferred Rs 25,000 to Loji Behera’s bank account to help her to obtain her diploma engineering certificate from the college.

“Jatra artiste Rani Panda has extended assistance by depositing Rs 25,000 at my bank account for which I and my family are grateful to her, said Loji in a video message after receiving the amount.

Rani promised Loji to stand by her to make a bright career in studies in future.

“I was overwhelmed to see the news in media today morning. Then, I decided to help the poor girl from Pipili area who is struggling to obtain her certificate from college. I felt very bad to hear that the girl is working as a labourer under MGNREGA to get her certificate for higher studies. I promise that I will help her to continue her education and she need to get engaged in soil lifting work for studies, Rani Panda said in a video message.

The local media had highlighted the struggle of Loji Behera, who was engaged as the MGNREGA worker to pursue the studies.

Loji, the daughter of Lokanatha Behera, had successfully completed her diploma degree in civil engineering from a private institution in the year 2019. However, she was denied to get certificate from college as she had not cleared her college dues of Rs 24,000.

She had approached the college authorities and Khordha MLA to get the certificate, but her pleas were unheard as she was poor.

Finally, she decided to join the MGNREGA as the worker to earn money to clear the college dues. The skilled student was engaged in lifting soil at daily wage of only Rs 207.

Through the media, she had appealed to the government and other organisations to help her in getting certificate. And, it was Rani, who quickly responded to her plea and provided her money.