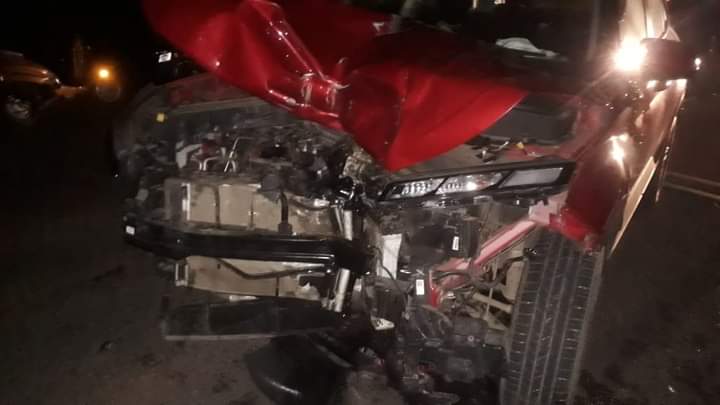 Athagarh: Jollywood artiste Rani Panda miraculously escaped a major accident after her car reportedly made a head-on collision with a motorcycle at Athagarh area in Cuttack district of Odisha last night.

However, the motorcyclist died in the mishap.

The deceased person has been identified as Sukant Behera, 28, a resident of Rajanagar village under Athagarh police limits.

According to reports, the incident occurred at around 10 pm on Friday when Rani Panda was returning in a car after attending a wedding event.

Sources said that the artiste’s car collided head-on with a motorcycle at Dalakhai Chhak under Athagarh police limits. The motorcyclist sustained critical injuries in the accident. The victim was rushed to the SCB Hospital in Cuttack where the doctors declared him dead. The front portion of the car has been completely damaged.

Tension ran high at the accident site following the mishap. On receiving information, Athagarh police reached the spot and managed to convince the irate locals. The probe is underway into the incident.