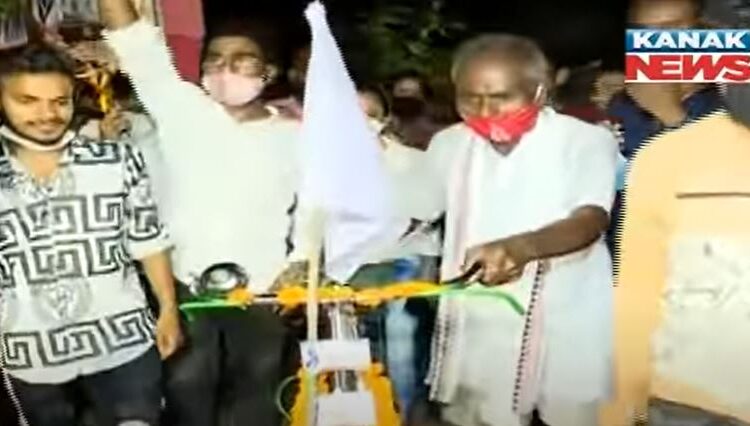 Bhubaneswar: Benudhara Barik, an Independent candidate for Balasore Sadar bye-election, got another supporter from the artiste fraternity in the State.

Today, popular singer and music composer Abhijit Majumdar released a music video supporting Benudhara. The song sung by Abhijit and written by Pramod Parida asked voters to vote in favour of the nonagenarian Independent candidate during the bye-poll.

Benudhara or Benu Mausa, as he is fondly known, is a barber by profession.

Two days back, opera artist Rani Panda campaigned for Benu Mausa in Balasore Sadar Assembly constituency. She even peddled a cycle carrying Benu Mausa during the poll campaign and dined with him.

The Balasore Sadar bye-election is scheduled to be held on November 3, 2020.