Ropeway project at Nandankanan Zoo to be operational within month: Chief Secy 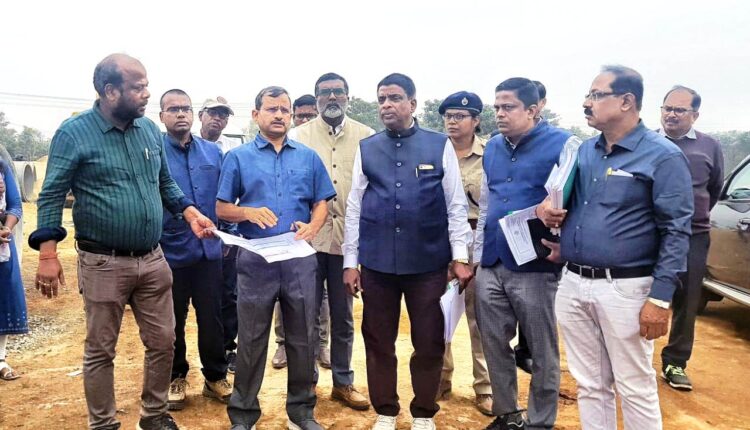 Bhubaneswar: An under-construction ropeway project at Nandankanan Zoological Park in Bhubaneswar will be operational soon and at best within a month, said Chief Secretary Suresh Chandra Mohapatra while reviewing a number of development works that are underway in the zoo, today.

Provisions are being made for at least 3,000 visitors to take a ride of the ropeway in a day. It is expected that a large number of visitors coming from and outside the State will throng the zoo this year. Keeping in mind an increased footfall, the development works have been targeted to be completed soon. The ropeway will enable riders to travel to and fro Botanical Garden and Nandankanan Zoo.

Mohapatra ordered the officials concerned to expedite the works meant for visitors. The Chief Secretary initially visited Chudanga reserve forest and Krushnanagar proposed forest. Expansion of Nandankanan Zoo is to be carried out on an area spreading over 604 hectares of the forest coming under Chudanga and Krushnanagar. Lion, tiger, bear and a few herbivore animal safaris are to be developed in the forest area. The project includes vehicular provision for movement inside the safari and a veterinary hospital as well. Mohapatra also ordered early completion of the safari project, a source said.

Kiakani Lake in Nandankanan is to be restored at a cost of Rs 9 crore, where a boating facility is being developed. Later, the Chief Secretary also reviewed different ongoing development works at Botanical Garden, including an entry gate, an access road, toilets and a pavement, the source added.