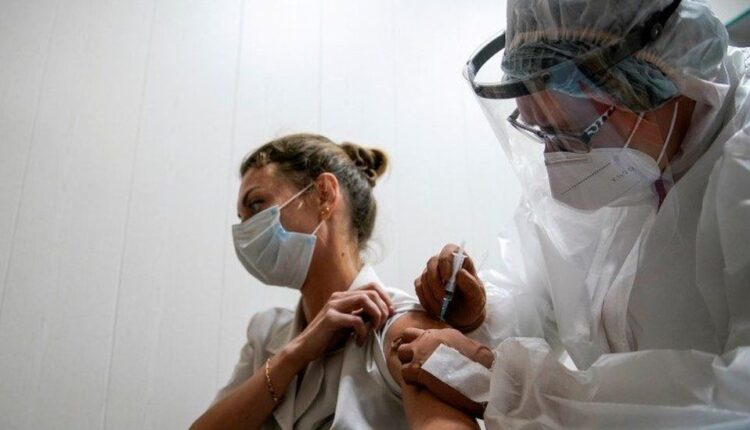 The world’s deadly virus has already swiped away millions of people now waiting for the vaccination to come as soon as possible. Now Moscow has begun distributing the Sputnik V COVID-19 shot via 70 clinics.

The city’s Coronavirus task force informed that on Saturday, the process of vaccination began, marking Russia’s first mass vaccination against the disease. The Russian-made vaccine would first be made available to doctors and other medical workers, teachers, and social workers because they ran the highest risk of exposure to the disease.

As per the reports of Reuter, a message was received by an elementary school teacher stating, “You are working at an educational institution and have top-priority for the COVID-19 vaccine, free of charge.”

The report further informs that as of now, the people of age 60 will be receiving shots. People with certain underlying health conditions, pregnant women, and those who have had a respiratory illness for the past two weeks are barred from vaccination.

Russia has developed two COVID-19 vaccines, Sputnik V, backed by the Russian Direct Investment Fund, and another produced by Siberia’s Vector Institute, with final trials for both yet to be completed.

But the scientists have raised concerns regarding the speed of the vaccine being worked by Russia, giving the regulatory go-ahead for its vaccines and launching mass vaccinations before full trials to test its safety and efficacy had been completed.

The Sputnik V vaccine is administered in two injections, with the second dose is expected to be given 21 days after the first.