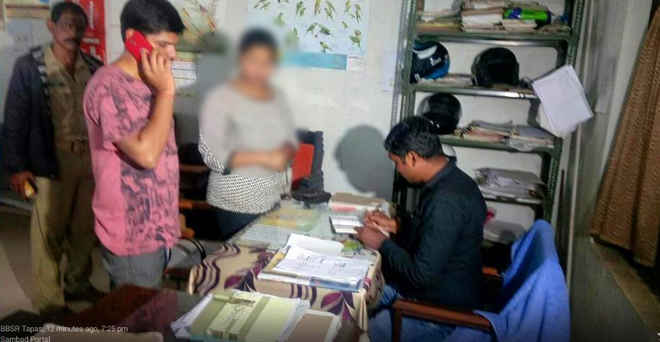 In a rerun of the Bengaluru New Year eve mass molestation incident, a group of youths allegedly misbehaved and assaulted three young girls in broad daylight on the Patia-Nandankanan road today, raising questions over women safety in the Odisha capital.

According to reports, some bike-borne youths passed lewd remarks at three girls who were chit-chatting with their male friend near KIIT Square.

Following the incident, the three girls along with their male friend chased the eve teasers on the Patia-Nandankanan road to nab them.

The eve teasers fled the spot, but some youths believed to be their friends numbering around 10 suddenly appeared on the scene, abused the girls in foul language. Later, they allegedly assaulted the girls and their male friend in the middle of the road.

The girls alleged while all this was happening in public glare, the onlookers remained a mute spectator to the shameful incident. They further alleged that despite them contacting the police control room (PCR), the cops reached almost after 40 minutes when the attackers had fled the spot.

“There were around 20-30 people where the incident took place but none of them intervened or rescued us while we girls were being beaten up in the middle of the road. The PCR van took 40 minutes to arrive. When we came to lodge the complaint, they didn’t take the matter seriously. I want the offenders to be jailed,” said one of the victims.

“The one who had passed lewd remarks had left the spot. Later, 10 of his friends came, hurled abuses and attacked us. While I was shooting a video of the incident on my mobile phone, one of the fellows snatched my mobile phone and smashed it. They dragged me by my hair, tried to strangle me and also slapped me thrice on my face,” narrated another girl.

A complaint has been registered at the Nandankanan police station in this regard. Police are examining the retrieved video footage of the incident recorded by one of the victims to ascertain the identities of the attackers.