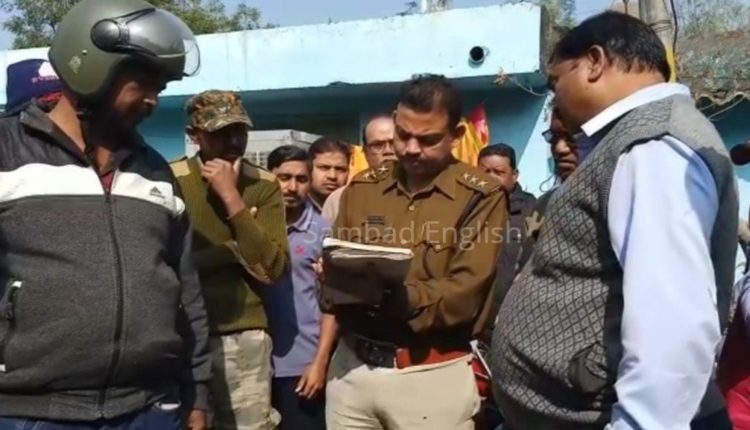 Rajgangpur: Four persons of a family including two kids were found dead under mysterious circumstances inside a locked house located IT Colony under Rajgangpur police limits in Odisha’s Sundargarh district today.

Rajgangpur police recovered the decomposed bodies in presence of district magistrate today after neighbours complained of a foul smell emanating from the house owned by a person namely Pramod Rout.

The deceased persons were identified as Ranjit Kumar Prasad (24), his wife Kalpana Prasad, their 3 years old daughter and one-and-half-year-old son. Ranjit was working with the Mechanical Department of Dalmia Refractories Limited in Rajgangpur.

According to reports, Ranjit and his spouse along with their two children were staying at the house on rent since past four months. The neighbours had last seen the family on Thursday.

The bodies have been sent for autopsy to ascertain the cause of death of four persons of a family.

Source said that Ranjit had love marriage with Kalpana. The couple was staying here in a rented house after their marriage.