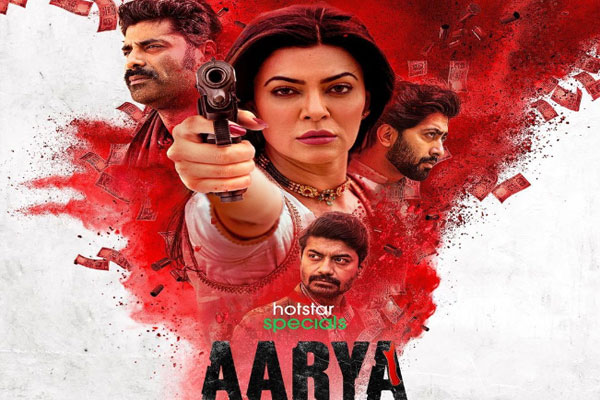 Share
Mumbai: Actor Sikandar Kher, who swayed the audience with his work in the streaming film ‘Monica O My Darling’, is back on the sets of his popular OTT show ‘Aarya’ which sees former Miss Universe and actress Sushmita Sen essaying the titular role.

As he recently began shooting for season 3, the actor shared a video giving a glimpse that his character of Daulat is soon going to be back on the big screen. He also shared that sweet welcome note from the director of the show, Ram Madhvani and his team.

The note quoted Al Pacino’s Tony Montana from ‘Scarface’, “The eyes, chico. They never lie.” The quote refers to the subtle but very impactful acting prowess that Sikandar has brought to the table with his eyes in the previous two seasons essaying the complex role of Daulat in the show.

The actor says, “It’s great to being back the character I have worked and lived with for two seasons now. Looking forward to be working with Ram, Sushmita and the entire team again. From what I have read im certain there’s a lot for the audiences to look forward to”.

He further mentioned, “I can’t reveal much at the moment as we have just begun shooting, but yes the character progresses a lot in the third season of the show! Excited for Daulat to be back”.

Season 3 of the crime action thriller series ‘Aarya’ will soon bow on Disney+Hotstar.

Love trashing accounts that you hate? You will see those more: Musk