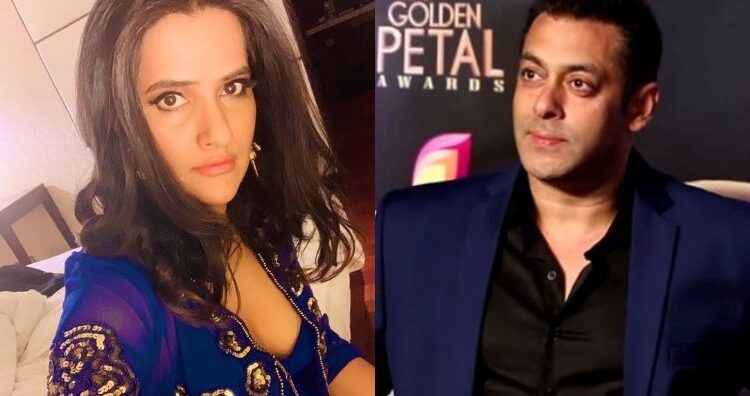 Mumbai:  While ‘BanTikTokInIndia’ is trending on Twitter, Odisha-born singer Sona Mohapatra  debuted in the ongoing controversy of TikTok ‘star’ Faisal Siddiqui’s video with her comments against Bollywood superstar Salman Khan.

Recently, Chinese video-sharing platform TikTok has dragged the spotlight and for all wrong reasons.

Several viewers have come up complaining that the videos that are being posted by some popular faces of the platform are misguiding and inappropriate. While many users were a part of the banning campaign earlier, some B-Town celebrities have also now become vocal and discouraged the misguiding video contents .

It all started with some videos posted by one Tiktoker Faisal Siddiqui. Viewers complained that the videos were sending a wrong message to the society as they were normalizing violence against woman.

A war broke on the social media platform between Faisal’s supporters and others, who discouraged the content of the video.

Replying to one of Faisal’s defenders, Mohapatra wrote on Twitter, “Demeaning women is normalised in our culture. We grew up with stories of Salman Khan, breaking bottles on his girlfriend’s head in public, yet the country’s biggest star? Needs to stop.”

Dear @aaliznat ,nothing before & after the ‘spliced’ video u were defending of this guy cd justify it.Demeaning women is normalised in our culture.We grew up with stories of SalmanKhan,breaking bottles on his girlfriends head in public,yet the country’s biggest star?Needs to stop https://t.co/poZ1VJrhrF

Mohapatra’s animosity with Salman is not a new dish on the platter. Earlier, she had called the latter a ‘poster boy of toxic masculinity’ when he commented on actress Priyanka Chopra for leaving his project ‘Bharat’ for getting married to American pop star Nick Jonas.