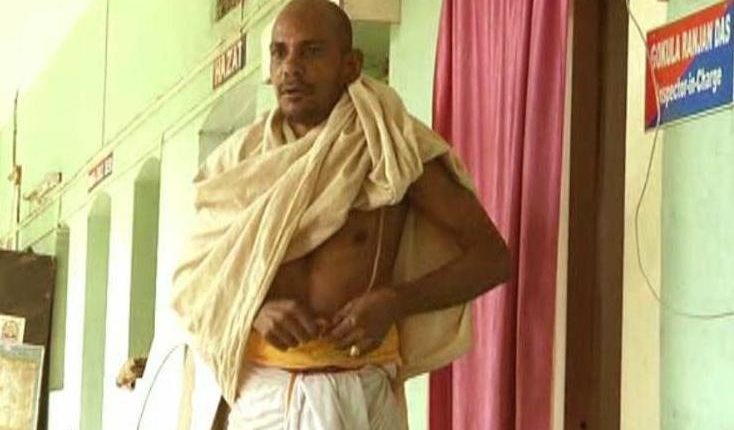 Puri: A servitor was arrested on charges of stealing a devotee’s purse on premises of Srimandir here.

The accused was identified as Suara servitor Laxmidhar Mohapatra.

He admitted to his offence before the police that he had stolen the purse of a devotee.

According to reports, Laxmidhar trickily stole the purse of Biswa Prakash Sahoo of Jajpur district while giving him holy basil and sandalwood paste at Nata Mandap in the temple on Wednesday morning.

Police returned Rs 2,500 cash that was in the purse to Biswa Prakash.

Earlier, Laxmidhar was engaged in Suara Seva (duty) at the temple. Due to physical sickness, he was not entering the Rosha Ghara (temple kitchen) due to sickness. Therefore, he preferred get engaged himself in the shrine by giving the holy basil and sandalwood paste to the devotees and in return he was receiving money (dakshina).

Notably, theft and unlawful acts in the centuries old shrine are rampant in the past few days.

Last week, a Suara servitor was caught while selling Amunia Prasad (the prasad, which was not offered to the presiding deities of the temple) at Ananda Baazar.

While many devotees have immense respect towards the servitors for their service to Lord Jagannath at the temple, such incident has deeply hurt the sentiments of devotees visiting the shrine.