ODISHA LATESTPOLITICS
By Biswajeet On May 13, 2017 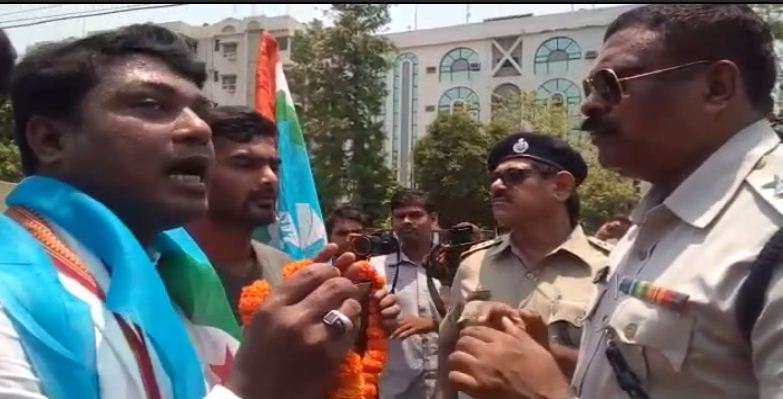 Student Congress state president Itish Pradhan and some of his supporters were today detained by police while they were trying to enter inside Naveen Nivas, Odisha Chief Minister Naveen Patnaik’s residence here.

Alleging improper investigation into the mysterious death of engineering student Asutosh Mohanty alias Rishi and demanding a CBI probe into the incident, Pradhan and his supporters marched towards Naveen Nivas holding photos of Rishi.

They attempted to enter inside Patnaik’s residence but were stopped by cops who later detained them.

“The agitation will continue till fulfillment of our demands,” Pradhan said.

Worth mentioning, the Congress has been alleging involvement of Bhubaneswar Municipal Corporation (BMC) Mayor Anant Narayan Jena in Rishi’s death.