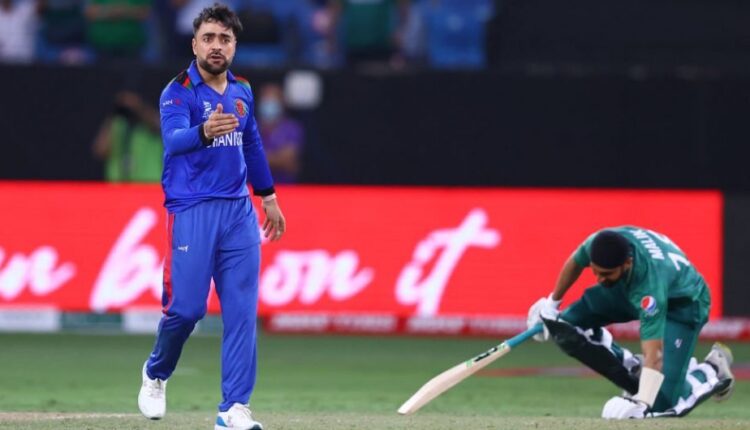 New Delhi, Oct 30 (IANS) The ongoing ICC Men’s T20 World Cup 2021 in the UAE has produced many unique and interesting statistics so far, with many more to come in the upcoming matches of the mega-event.

Rashid Khan’s 100th T20 wicket, Asif Ali’s power hitting, David Warner’s return to form and Afghanistan’s winning streak in the UAE coming to an end, have been among the top-moments of the tournament.

A look at some of the most interesting statistics, which have emerged from the Super 12 of the tournament till the Pakistan-Afghanistan clash on Friday (October 29).

The Afghanistan spin-whiz Rashid Khan is the latest entrant in the 100 wickets club in men’s T20 Internationals. During the course of his two-wicket spell against Pakistan in the Super 12s match at Dubai International Stadium on Friday, Rashid completed his century of wickets and became only the fourth man, after Tim Southee, Shakib Al Hasan and Lasith Malinga, to achieve this milestone.

The 23-year old made his debut only in 2015 and is the quickest to the landmark in terms of matches and time. It needed him only 53 T20Is and six years to reach the century. Malinga had done it in 76 matches whereas Shakib and Southee, who also completed 100 wickets during this tournament against Pakistan, needed 84 matches each.

The power-hitting of Asif Ali

The swashbuckling Pakistan batter Asif Ali’s 7 sixes from 19 balls have won Pakistan two crucial games, against New Zealand and Afghanistan, in T20 World Cup 2021. He is the first batter from Pakistan to hit four sixes in an over in T20 Internationals. With Pakistan needing 24 off 12 balls, Asif launched four sixes in the penultimate over of the innings, bowled by Karim Janat, and sealed the game with an over to spare.

He needed only seven balls to get the ‘Player of the Match’ award, the least by any man who didn’t have a bowling role in a T20I game. The previous record in a full 20 overs international game was Dinesh Karthik’s 8-ball 29 against Bangladesh in Nidahas Trophy Final in Colombo in 2018.

Asif, who scored 100 on his T20 debut 10 years ago and has hit 68 sixes in Pakistan Super League, is now showing his prowess in international cricket. In this T20 World Cup, he has scored 52 off 19 balls at a strike-rate of 273.68 and is the only batter alongside Evin Lewis with seven sixes in the Super 12s round so far.

During his 51 off 47 balls match-winning effort against Afghanistan in Dubai, Pakistan star batter Babar Azam also completed 1000 runs as captain in T20Is. He required only 26 innings to achieve the landmark, the least by any captain in the world. India legend Virat Kohli held the previous record — 1000 runs in 30 innings.

Babar, who first led Pakistan against Australia in Sydney in 2019, is the ninth captain and the first from Pakistan to accumulate 1000 runs while leading the team, the International Cricket Council (ICC) said.

David Warner may not be having a good time in the domestic T20s — he scored only 195 runs at a strike-rate of 107.73 for Sunrisers Hyderabad in the IPL this year and was dropped after two games during the UAE leg of the league — but for Australia he has been in a stunning form since his comeback in 2019.

There is no country apart from Sri Lanka against whom he has over 500 runs in T20Is whereas his last four scores against the Islanders are (most recent first): 65 in Dubai, 57 not out in Melbourne, 60 not out in Brisbane and 100 not out in Adelaide. Overall, he has 512 runs against Sri Lanka at an average of 56.88 and a strike-rate of 138.75.

The dots bowled by Starc

Australia fast bowler Mitchell Starc played a key role in his team’s win over Sri Lanka in Dubai in the Super 12s match with a spell of 4-0-27-2. Of his 24 balls, 11 were dots. He is the only man from a Test-playing nation who has a dot balls percentage of 50 in his T20I career.

The Australian speedster has bowled 972 deliveries in T20Is, 486 of which have been dots giving him a dot balls percentage of exactly 50%. Among the bowlers who have bowled at least 500 balls in men’s T20Is, the next highest percentage of dots is by India’s Bhuvneshwar Kumar (48.33) followed by the West Indies leg-spinner Samuel Badree (47.99).

Afghanistan’s streak of 17 consecutive wins in T20Is in the United Arab Emirates came to an end with a defeat against Pakistan in Dubai whereas Pakistan consolidated their winning streak in the same country to 14 T20 Internationals dating back to 2016.

The last time Afghanistan lost a T20I in UAE was in a one-off game against Hong Kong in Abu Dhabi in 2015. The game against Pakistan was also the first time in 16 T20Is in UAE that Rashid Khan was at the losing end.