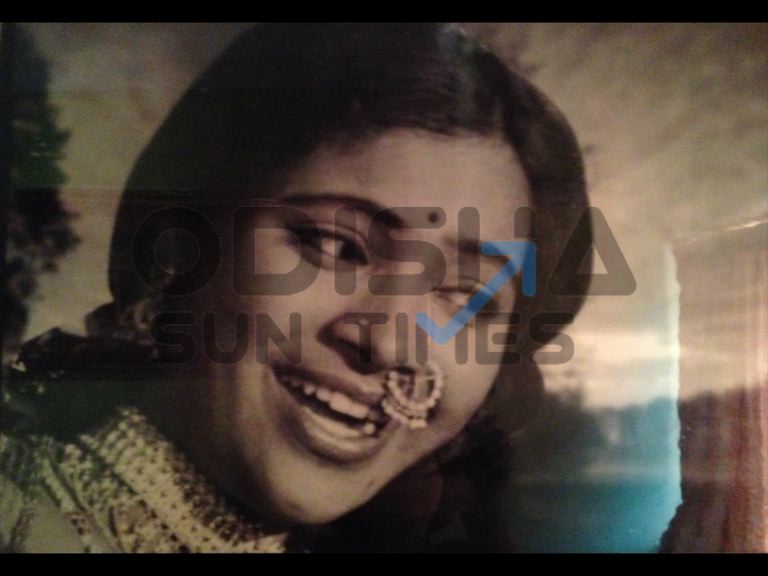 If an Odia movie ever came close to portraying the medieval Kalingans’ expertise in sea voyage and trade links then it was Tapoi.

The film, based on a folk tale, revolved around a pampered sister of seven brothers tortured at the hands of her sisters-in-law while they are on an overseas voyage. Tapoi legend is also sung during ‘Khudurukuni Osa’ observed by young girls in Odisha, invoking Maa Mangala who had then come to her rescue and punished the sisters-in-law for treating her badly.

This Bali Jatra season, which celebrates the glorious maritime history of Odisha, Odisha Sun Times spoke to Khyanaprava Sarangi, who played the titular role in the movie, reliving her first brush with Odia film industry.

The search for a 14-year-old lean, tall and beautiful girl brought Puspa Samal, producer of the movie, to Puri Ghat in Cuttack. Khyanaprava was then busy with the rehearsals for All India Drama Festival. The producer had seen her perform and was quite impressed. “I had just come back from school when my neighbour asked me to come over. Along with Puspa Samal, there were Sarat Pujari (director), Sunrendra Sahu (cameraman) and Bijaya Mishra (script writer). No one spoke for about 5 minute; they just kept staring at me. Sarat Pujari then said ‘Tume ama Tapoi haba?’ (will you be our Tapoi),” said Khyanaprava.

The offer caught her off guard and she went back home to seek her parents’ permission. “Since I was busy doing theatre then, I thought it was a role in some play. They said I had to stay in Balasore for two months to complete the shooting. My parents gave their consent when the producer assured them that she would personally take care of me,” she said. Khyanaprava had to skip her final exam in school as it coincided with the shoot.

The first day of shoot

An ambassador car arrived at her house. Khyanaprava was down with fever. She picked a medicine strip from her father, who was a doctor, and began her film journey. “Under medication, I slept all through the journey. We reached Balasore around 2 in the night. We were to shoot at 6 the following morning and I was asked to wake up by 4 am. I could hardly sleep that night. The excitement was palpable and I was up in time for make-up,” she said. They had to shoot for the song ‘Aa Baula Bohu Bohu Ka Khela Kheliba’. The piece was choreographed by legendary Odissi guru Kelucharan Mohapatra. “I had to perform with some well-known Odissi dancers. I was very nervous. Fortunately, most shots were okayed in the first take,” she said.

Khyanaprava initially fumbled while mugging up her lines, which were written in local dialect of Balasore. “Gradually, I got used to them,” she said.

She broke a few stereotypes too. “They wanted me to shape my eyebrows. I put my foot down and refused to do so. Luckily, they agreed. I also used to style my hair myself,” she said. Since Khyanaprava didn’t want to wear the artificial jewelleries from ‘Chitralaya’, she borrowed some silver ornaments from a friend and used them in different scenes.

For the song, ‘Katha Tie Kahun Katha Tie’, Khyanaprava had to get into a village pond. “I didn’t know swimming, but it was snail that I was scared of the most. The director somehow convinced me to get into the water body and asked me to move my hands to give the feel of swimming,” she said.

Khyanaprava said what set the movie apart was the realistic portrayal of emotions. However, it proved costly for her as the female actor, who played the role of the elder sister-in-law, got too engrossed in a scene and kicked her really hard thrice. “She did apologize later. But the scene was such that I cannot even blame her,” she said.

Holding and cuddling Gharamani, the goat, was another thing that she dreaded during the shoot. “My father had warned me against holding any animals. I feared it would bite me. As the scene demanded, I had no choice but hold the goat,” she said.

Dubbing in a mud hut with thick walls and thatched roof till 2 in the morning was equally strenuous. “It would be very cold inside and I would shiver while dubbing,” she said.

The most beautiful shot

It was a simple shot of Tapoi’s feet decorated with alta, anklets and toe rings. “It was a romantic scene between Tapoi’s elder brother and sister-in-law and she stops by to hear them. The feet are visible from under the curtain. The directors had shot the scene beautifully,” she said. For two scenes in the movie, the producer had offered me her heavy silk sarees to pick from, she added.

Following the success of Tapoi, offers poured in. However, Khyanaprava didn’t want her studies to suffer because of her passion for acting and picked fewer roles. She acted in seven other movies and three serials.