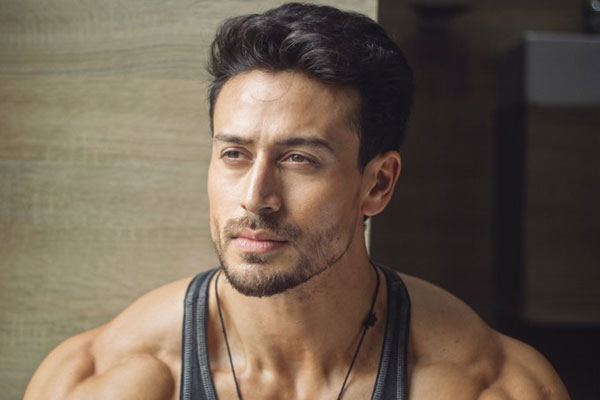 Mumbai: Bollywood’s new-age star Tiger Shroff says that while life is easier for people from the film industry, it also takes “double the effort” to emerge from the filmy family shadow.

“Being my father’s son, there’s an added pressure of being a star’s son. People think it’s very easy for us. I won’t lie, in a way to get a little attention it helps. It’s easier for people who are from the film industry but it’s double the effort to make it on our own. I managed to get out of my father’s shadow,” added Tiger, son of actor Jackie Shroff.

The young actor also opened up about his parent’s reaction to social media comments on his looks in the initial days of his career.

He said: “My father has been in this industry for 30 odd years. He has seen the highs and lows of the industry and he protected me from that from a very young age. Now, that I am out there in the open, I have become an easy target.”

On being constantly trolled for his roles in movies, Tiger said: “I enjoy some of the memes and trolls people share. It’s interesting and it’s good to be talked about.”

Speaking about how he handles criticism, Tiger said: “I like to give it back to them with my work and therefore, I take what they say to heart and take it sportingly.”

He is fascinated with the whole superhero universe.

“I would do anything to do a Spiderman film. Ever since I was a kid, I was enticed by the whole superhero genre. I have tried to imbibe their attributes and qualities,” he said.

Asked who he thinks would best suit superhero roles, Tiger said: “I think Hrithik Roshan would be perfect to play Captain America because this superhero is the perfect superhero and Hrithik is a perfect hero as well. I feel Ranveer Singh would pull off Thor because Thor is so electric, and he is the god of thunder as well.”

On the personal front, Tiger said he is not a party person.

“I’m very awkward at social gatherings. I usually tend to stay away, I’m not much of a party guy nor am I a late kind of person. I go to bed at 10 while these clubs open around 10:30,” he said on Zee Cafe show, “Starry Nights Gen Y”.

Hirthik, Tiger to have dance battle on ‘Jai Jai…