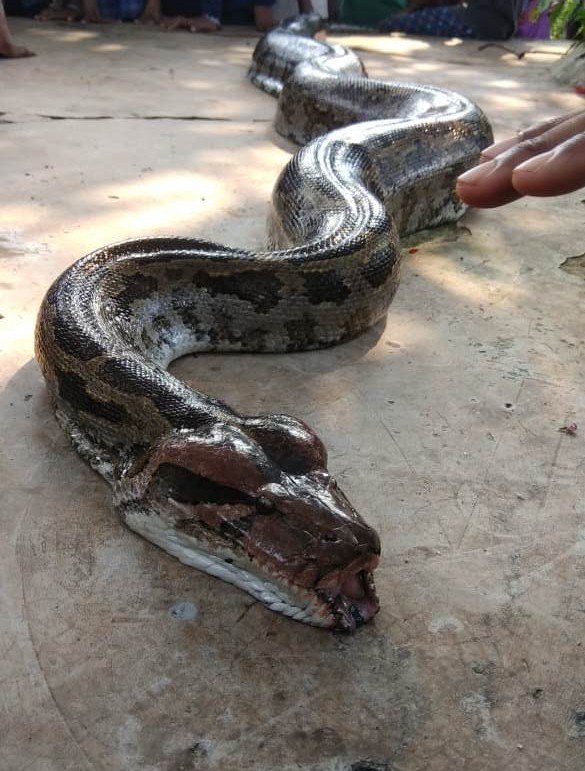 Jajpur: A 20-ft-long python was rescued from a village located at foot of Sunajhari hill in Sukinda forest area here today.

The huge snake was spotted lying at Santarapur village after engulfing a monkey.

The panicked villagers informed about presence of the python to the snake helpline member for rescue.

On receiving information from the locals, the trained snake catcher Soumyajit Behura reached the site and rescued the python.

[Watch] Python coiled up inside truck chassis rescued in…

According to reports, the python could not move out of village after consuming the money it hunted in the morning.

The snake catcher with help of locals brought it near a tube well for pouring water on its head and into mouth following which the python vomited the monkey.

Later, the snake and forest officials released the huge python at Ashokjhar hill near the village.