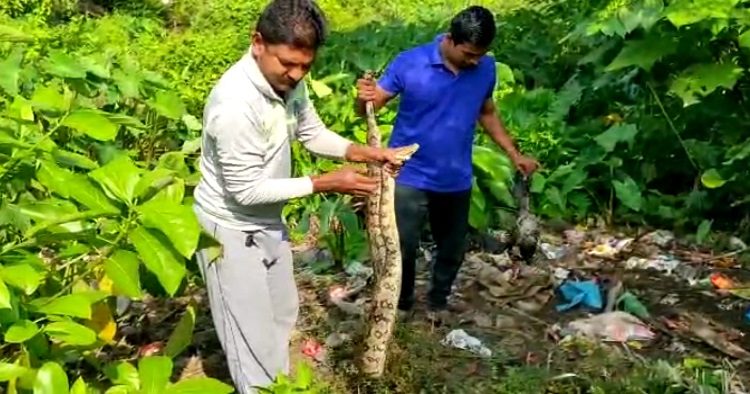 Malkangiri: An Indian rock python hiding in bushes to attack poultry was rescued here in the district today.

Reportedly having consumed several chickens, the 10-ft-long python was hiding in bushes to target more.

According to reports, the giant snake was spotted near garden of a resident namely Barun Mandal at Jhatimati Colony in Malkangiri district since a long days targeting chickens.

After the snake came into notice today morning, the locals informed the snake helpline members for rescue.

[Watch] Python coiled up inside truck chassis rescued in…

The python was caught while it was hiding in the bushes. A dead chicken was also recovered from its hiding place.

Locals stated that snake might have consumed many chickens in a past few days.