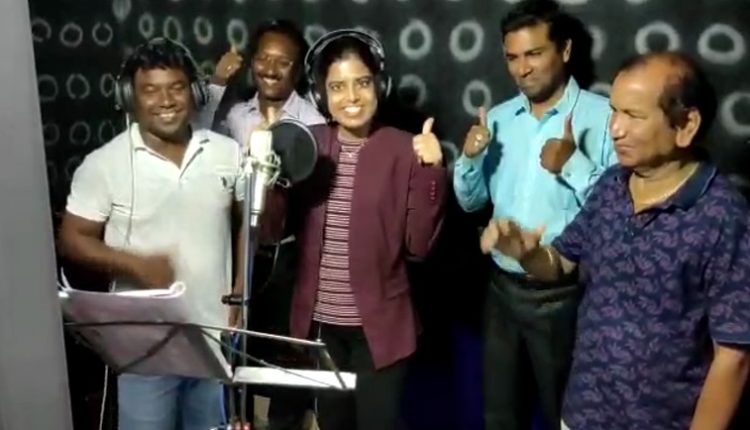 Bhubaneswar: IPS officer Sarah Sharma, who very often hits headlines for spreading awareness on several issues through songs, once again appeared in a singer avtar inside a studio.

Putting a headphone on ears and with casual outfit, Gajapati Superintendent of Police (SP) lent her voice in Santali (tribal) language to the theme song for Special Development Council (SDC) Cup 2020 football tournament.

In a new video, the 2010 Odisha-cadre IPS officer is seen recording the soundtrack with her co-artiste for the final SDC Football-2020 scheduled on March 5.

As many as 6,000 footballers belonging to different tribal communities have participated in the ongoing football matches. Yesterday, Chief Minister Naveen Patnaik had launched SDC Football Cup and mascot during a programme.

Earlier, Sharma had recorded for the ‘She Team’, an initiative to ensure the safety and security of women in Gajapati district. The purpose behind song was to keep the police team motivated to tackle eve-teasing and harassment.