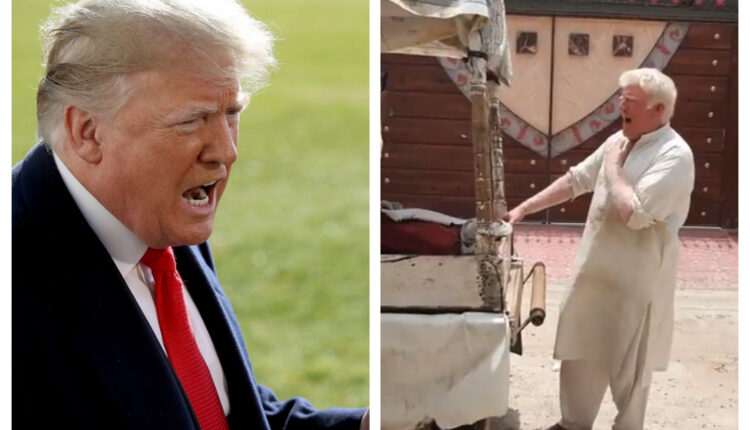 Bhubaneswar: A man from Pakistan has certainly established himself as the world’s most popular kulfi seller.

His popularity is not driven by the delicious kulfi that he sells but rather his uncanny resemblance to former US President Donald Trump.

A viral video on social media has taken everyone by storm. The video features the Trump doppelganger singing on the streets. Although he possesses remarkable singing abilities, it is his resemblance to Trump that has made him a sensation on the internet.

Pakistani singer Shehzad Roy shared the video on Twitter and Instagram on Thursday. Roy praised the kulfi seller’s singing abilities and sought the help of social media users to get in touch with him. In the 23-second long video, the man, elderly and reportedly suffering from albinism, can be seen standing in front of his cart singing, wearing a traditional kurta-pyjama.

The video has garnered thousands of views on Twitter and Instagram. Few hours after the video went viral, it was brought to everyone’s attention that the man belongs to Sahiwal district of Pubjab province in Pakistan.