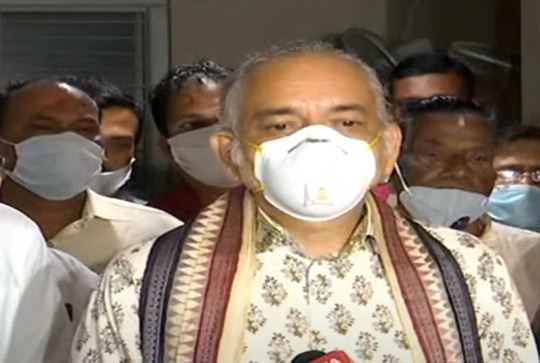 Puri: Amid uncertainty over the conduct of Ratha Jatra of Lord Jagannath and his siblings in Odisha’s Puri, a meeting of the Chhatisa Nijoga and Shree Jagannath Temple Managing Committee was held today in the presence of Gajapati Maharaja Dibyasingha Deb.

While the Supreme Court has disallowed the annual festival, Gajapati Maharaja said after the meeting that they are hopeful of partial modification in the Supreme Court’s order as fresh petitions in this regard were filed today.

“We can’t make a decision over the Ratha Jatra as the matter is sub-judice now. However, the Supreme Court’s order is an interim one. Hearing over the modification petition will take place on Monday and we will wait till then,” he said.

The apex court was told that 10-12 lakh people are likely to congregate during the festival and the order was based on that, while our plan was to hold the rituals without any devotees which was not presented before the court, Gajapati Maharaja said.

The Chhatisa Nijoga will hold discussions regarding alternate rituals of the Ratha Jatra inside the temple on Saturday and Sunday in case the order of the Supreme Court remains unchanged on Monday, he added.